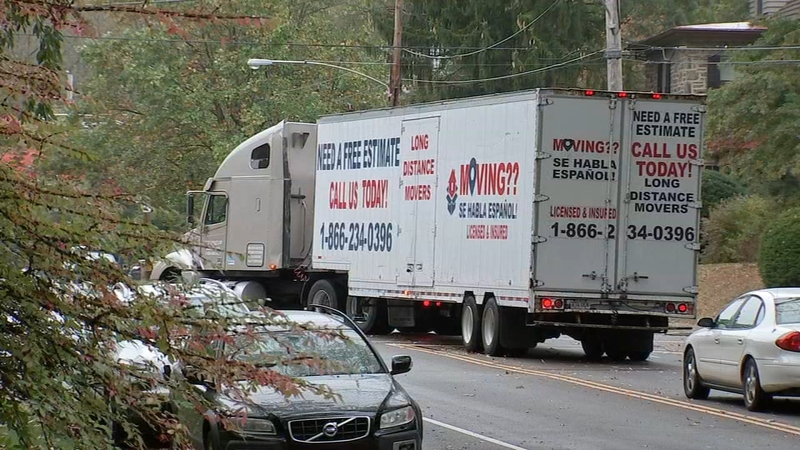 Action News found the Florida-based company has dozens of consumer complaints and is now operating in our area.

The Brigante family moved from Florida to Mount Airy this summer.

They contacted Action News after their belongings never showed.

The delayed delivery has left the family to resort to sleeping on the floor and eating off paper plates.

They've also been using radiator covers for storage for their clothing.

"I just want to see the company shut down...what they are doing is criminal," said the couple.

Action News found the Brigante's are not the only ones complaining about Cross Country Movers.

One hundred eighteen consumers have filed complaints with the Federal Motor Carrier Safety Administration since 2017.

And, late last year, the Florida Attorney General took the owner of Cross Country Movers, Yehoshua Vaknin, and his moving companies to court.

The suit alleges the company failed to honor "low bid" estimates, deceptively operated under fictitious names similar to other "reputable" moving companies, and often delayed deliveries until goods could be combined with other customers.

The company has denied wrongdoing in court filings.

Cross Country repeatedly hung up on us when we tried to speak with the owner by phone.

We also stopped by a Southwest Philadelphia storage facility they advertise as their local hub. No one was there.

But, Brigante believes his threats to contact Action News prompted the company to finally deliver.

Our cameras rolled from a block away last week when the movers finally did show.

Brigante said the company told him they would not unload unless he paid cash.

He also said the movers told him they would not accept a personal check or credit card, which is a potential violation of the Florida Household Moving Services Act.

As the movers left Brigante's home, one asked us why we showed up and confronted them.

"What would you do if this was your stuff and it was missing for two months?" asked Chad Pradelli.

The movers for Cross Country refused to answer the question.