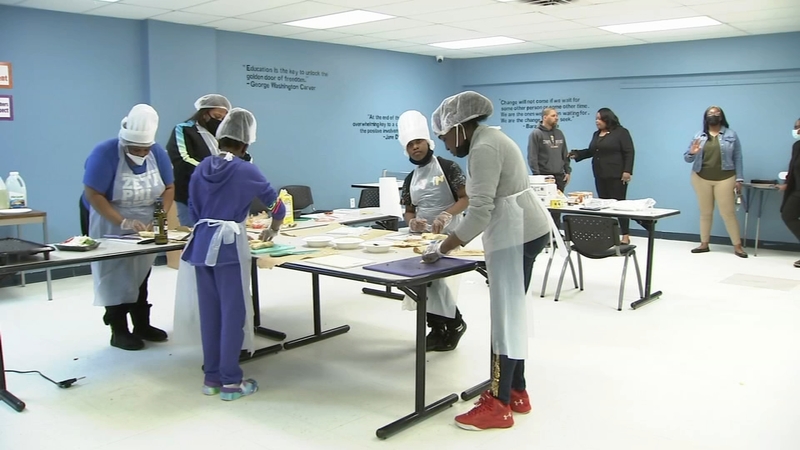 PHILADELPHIA (WPVI) -- City leaders say curfew centers have serviced 150 kids in the four months since they have opened. These curfew centers - or community resource centers - are helping give teens a safe space to go.

But as of late April, the police report there have been almost 600 curfew violations, up almost 300 from this time last year.

According to officials, no minor is allowed in a public place or any establishment after their curfew time until 6 a.m. the following day, unless the minor is accompanied by a parent, is doing an errand or other legitimate business as directed by the parents, or is engaged in gainful lawful employment during the curfew hours or is on active duty in the Armed Service of the United States.

The Dixon House at 20th and Mifflin in South Philadelphia is one of the city's two curfew centers that have been open since mid-December.

"We don't get a lot of people breaking curfew yet, but what we are getting is a good flow of young people coming to engage in activities available to them," said Otis Bullock, Executive Director of Greater Philadelphia Community Alliance.

The South Philadelphia site, along with a second site in Southwest Philadelphia, have served 150 kids for the last four months. Many of them are regulars in the daily programming.

"It's not just about picking kids up after curfew, but providing additional support not only for the youth but their families," said Bullock.

Some of that daily support and programming includes cooking classes, sports clinics, conflict resolution and more.

"We want young people to know there is a resource available to them," said Katherine Gilmore Richardson, Council Member at Large. "Recently, we've seen a lot of young people involved in violent crime, violent incidents simply because they have no place to go."

According to our Data Journalism team, more than 40 kids have been shot under the age of 18 and 11 of them have been killed.

Gilmore Richardson says that is all the more reason to open up more centers in other parts of the city.