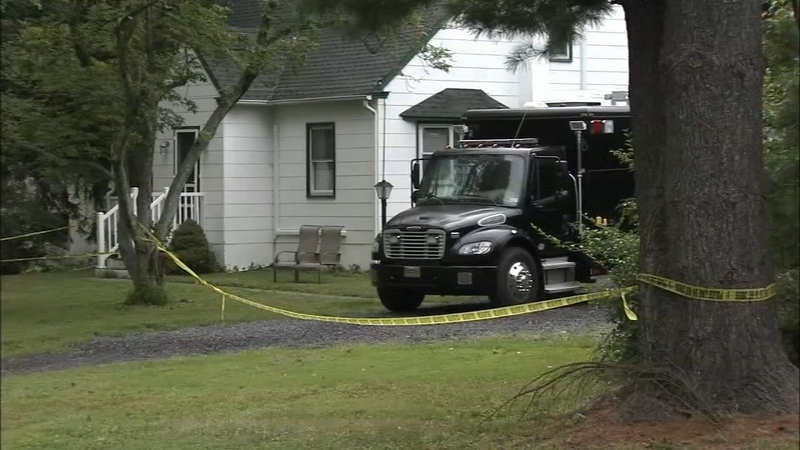 NEW BRITAIN, Pa. (WPVI) -- Authorities say a man has been charged with criminal homicide in the death of his girlfriend, whose body was found in an SUV parked in the driveway of the Bucks County home they shared.

According to District Attorney Matthew Weintraub, 42-year-old Jason Lutey has been taken into custody, and is being held without bail.

Police in Bucks County are investigating a homicide that happened late Friday night.

Lutey is charged with killing his girlfriend, 46-year-old Colleen Patterson.

According to an affidavit, Lutey's sister called 911 around 8:30 p.m. Friday, stating that her brother had killed his girlfriend at his home on the 100 block of Keeley Avenue.

A Central Bucks Regional Police Department officer went to the residence and spoke to Lutey, who said Patterson's body was in his vehicle, according to the affidavit said.

Patterson's body was found wrapped in a white cloth in the back of his 2018 Toyota Highlander SUV, which was parked outside of the home.

A preliminary hearing for Lutey is tentatively scheduled for September 18.