Philly POPS' Dancin' in the Streets: The Music of Motown is coming to the Kimmel Center 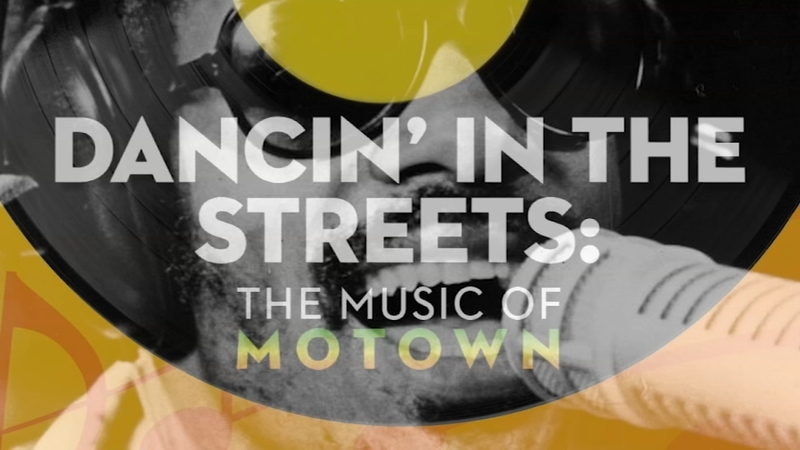 PHILADELPHIA (WPVI) -- The Philly POPS is bringing the magic of Motown and a whole lot more to the Kimmel Center's Verizon Hall.

Dancin' in the Streets: The Music of Motown is coming to the Kimmel Center this week.

"I happen to love Motown. I grew up on it," says David Charles Abell, Music Director and Principal Conductor of the Philly Pops.

Byron Stripling will be guest conducting.

"The Motown music brings back so many great memories for people," says Chester Gregory, who's known for his dance moves and high notes.

"I love Philly audiences. People scream and yell and dance in the audience, literally dancing in the streets!" says Gregory.

In March, the Magical Mystery Tour is coming to take you away with Pop Rocks: Let It Be.

"I've been conducting the Philly Pops since 2013, but I've never conducted a Pops Rocks event before," says Abell.

The POPS will be joined by Beatles tribute band - Classical Mystery Tour.

"They dress-up as the Beatles. They do the Liverpool accents. They're amazing," says Abell.

The concert commemorates the 50th anniversary of the Fab Four's Let It Be album.

The POPS will wrap the season with Star Wars: A Galaxy of Music.

The force will also be with the audience.

If you're a cosplay enthusiast, expect to see Princess Leia maybe some Stormtroopers.