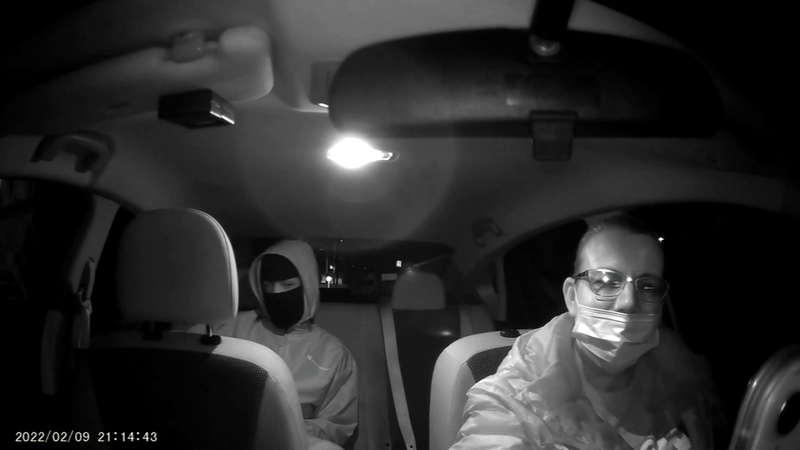 PITTSBURGH, Pennsylvania -- New video was presented as evidence in the murder of a Pennsylvania Uber driver and mother of four.

The suspect, 22-year-old Calvin Crew, appeared before a judge for the first time on Wednesday.

Crew is accused of killing Christi Spicuzza, 38, and leaving her body in a wooded area in Allegheny County in February.

In the courtroom, prosecutors played a 20-minute clip of dash camera footage captured by Spicuzza's rear-facing camera that she operated during her trips employed as an Uber driver, KDKA-TV reports.

The clip shows a man who police believe to be Crew entering Spicuzza's vehicle.

Spicuzza tried to talk to him, even asking him if he had a nice day, but he does not answer.

Nearly 20 minutes into the clip, he moves from the seat behind the front passenger seat to the center and puts what appears to be a black gun at the base of Spicuzza's skull.

This happens immediately following Spicuzza pulling up to the trip's destination and asking him which side of the street he wants her to pull towards.

Spicuzza remains calm and said, "Stop it man" and "Why are you doing this?"

She also can be heard saying, "I have four kids, what are you doing?"

Crew allegedly answered, "I have a family too. Now drive."

Spicuzza said, "I can't do that. Why are you doing this?"

In the final seconds of the footage, Crew allegedly grabs Spicuzza's cell phone and then pulls down the camera.

Detectives say Crew made Spicuzza drive for an hour while going through her banking apps before killing her.

KDKA-TV reports Spicuzza's family members were inside the courtroom Wednesday and visibly upset.

Attorneys had played the footage for the family in advance of the hearing.