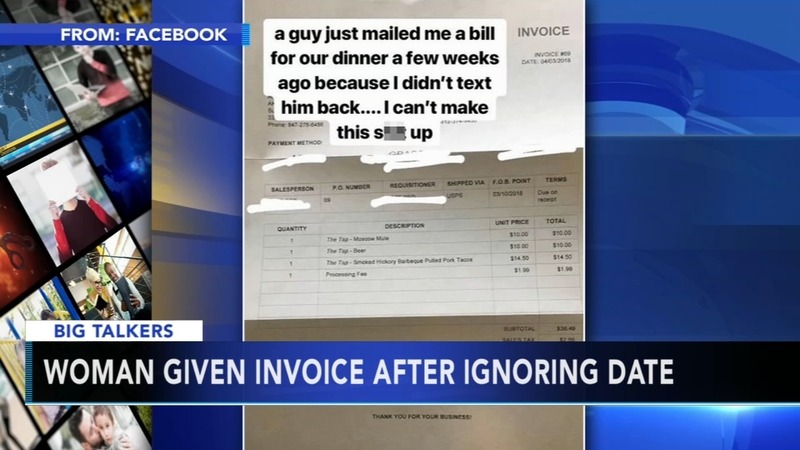 Here's a scenario that's going wildly viral, and one that's being mulled and debated by singletons across the globe.

If someone takes you on a date and pays, and YOU end it there, does the other person deserve a refund?

Well, consider the case of Amanda Burnett who actually got an invoice from a guy who took her on a date.

He picked up the tab and afterwards she ignored his texts.

So, he sent her an itemized bill for $39.52 for one beer, one Moscow mule, a shared order of smoked hickory BBQ pulled pork tacos and a tongue in cheek $1.99 processing fee.

Some say that maybe he was trying to find a clever way to get her attention again.

He also texted her threatening to send it to a collection agency to her address if she refused to pay, to which she had "choice words."

So, if he was trying to get a second date, that's not happening, or a thank you - also a no go.

And she's not paying that bill either.