Staley is the first Black men's or women's coach with two Division I titles.
WPVI
By Katherine Scott 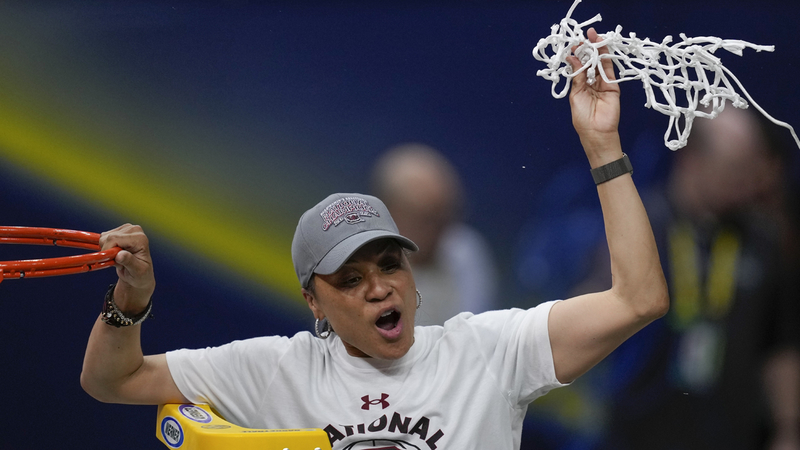 "I'm just super proud of our players for committing to making this year special because it took a lot of sacrifice," said Staley, who appeared on "Good Morning America" on Monday morning.

Staley is the first Black men's or women's coach with two Division I titles.

"We had the pressure of having a continued success against some very competitive, competitive basketball teams," Staley said.

Staley, a Hall of Famer and Olympian with three Olympic gold medals as a player and another as a coach, was born in Philadelphia and attended Dobbins on Lehigh Avenue.

While still a WNBA player, she started coaching at Temple. While she left the Owls in 2008, faculty and students alike have been cheering her on.

"I saw what she was doing for Black coaches around the country, seems to be amazing, and she really seems to be a great person doing really good things," remarked Spencer Rand, a clinical professor at Temple Law School.

"It's always cool to see someone from Temple go on to do great things, even if she's not here, she still reps Philly and Temple. It's just nice to see," said Peter Evangelisti, who is a senior at Temple.