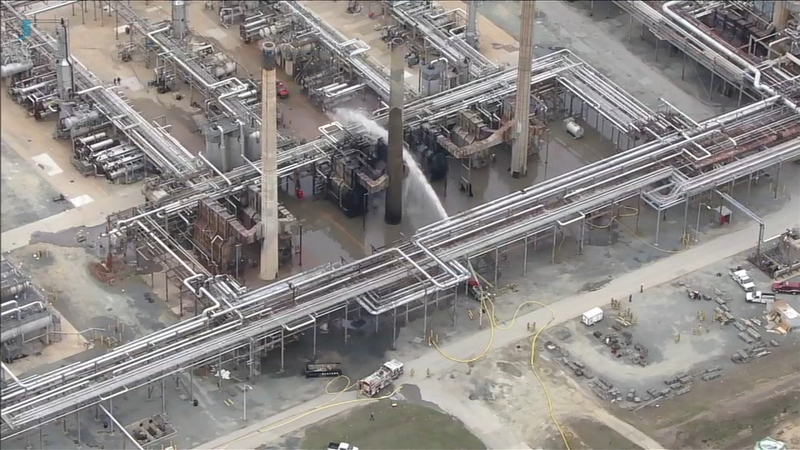 DELAWARE CITY, Delaware (WPVI) -- Two men were seriously injured in an explosion and fire at a refinery in Delaware on Wednesday.

Chopper 6 was over the scene in Delaware City, New Castle County around 1:30 p.m., where billowing smoke could be seen for miles.

Fire crews have not released any details on what may have started the fire, but officials say at least two people were burned and taken to a nearby hospital by helicopter.

Both men have burns to the back, forearms and back of the head, authorities said.