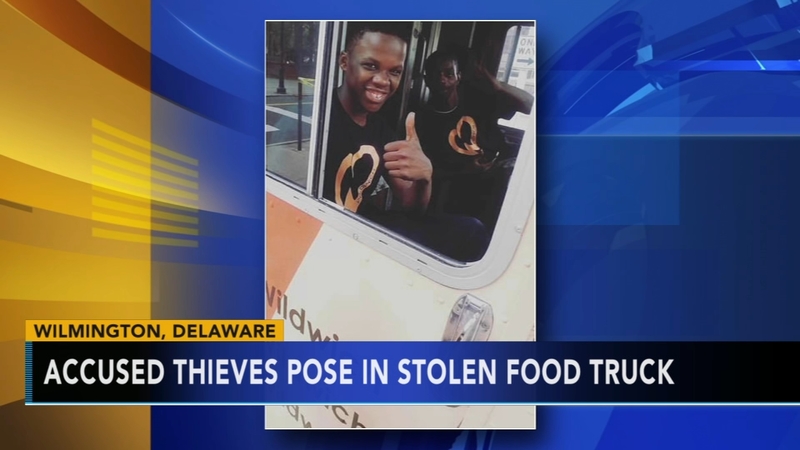 WILMINGTON, Del. (WPVI) -- A popular food truck will soon be back on the streets of Wilmington, Delaware after spending Friday morning in Philadelphia.

But it wasn't because someone hired it out. Rather, it was driven there by some very bold thieves.

A photo shows two of the suspected bandits actually posing in the stolen Wildwich Food Truck, wearing the company's t-shirts.

Police say the accused thieves also handed out free swag to people on the streets.

The truck was taken from the area of 10th and Jefferson by three men on bicycles, just after 6 a.m.

It started showing up on social media two hours later, complete with a tag that alerted the owner.

"My social media girl was contacted by the guys in the picture, and they said they bought the truck from someone, 'we didn't know it was stolen, we want to bring it back and not get in trouble,'" said owner Mike Stanley.

The alleged thieves kept their word. Action News was there as the owner checked for damage after the truck was dropped off back in Wilmington.

He says two generators were gone, but the truck appears to be in working order.

If you recognize either person in the photo, contact Wilmington police.