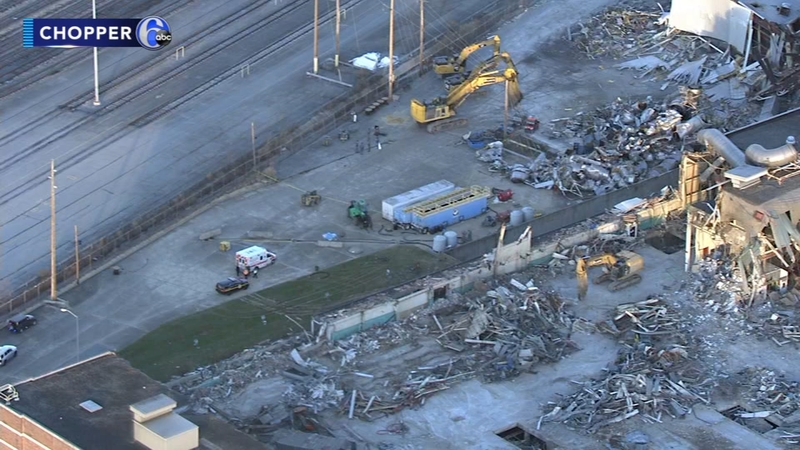 WILMINGTON, Del. (WPVI) -- Delaware State Police are investigating after a worker was killed in a construction accident in Wilmington Friday.

The accident occurred just after 4 p.m. at the former General Motors Plant at 801 Boxwood Road.

An initial investigation has determined that Atlantic Coast Dismantling, a Boston-based company, was performing demolition work at the plant.

The work being conducted involved the use of heavy machinery and cables to bring down steel beams.

Head foreman, 64-year-old Paul Leary of Miami, Florida, was overseeing the work when a cable snapped, striking him in the upper torso and head area.

Leary was pronounced dead at the scene.

Police, as well as representatives from the Occupational Safety and Health Administration, are continuing to investigate.