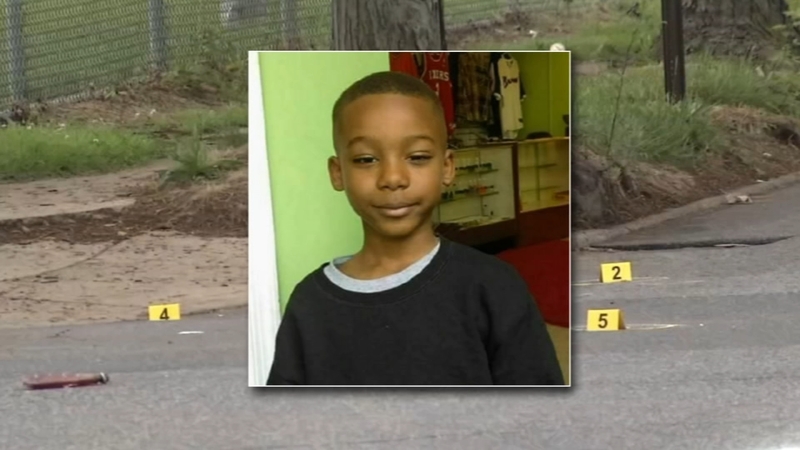 WILMINGTON, Del. (WPVI) -- A six-year-old boy nearly lost his life when, police say, men on a mission to kill missed their target in Wilmington, Delaware.

On Friday, authorities announced that the six men arrested in this case will face more serious charges.

The suspects were charged in the June 2017 shooting that critically injured Jashawn Banner. The kindergartner was shot in the head while he sat in a car with his mother.

Investigators say the suspects were shooting at someone else when Banner was caught in the crossfire.

"He was an innocent bystander in the wrong place at the wrong time. Because he is a such a tough kid and he has such a devoted family, he is doing better now than he was 20 months ago," said Del. Attorney General Matt Denn. "But his life will never be the same."

The child is now paralyzed and suffers from brain damage.

The U.S. Attorney's Office says all state charges have been dropped in the case, but the group now faces stiffer federal criminal charges, including stalking, kidnapping and crimes that led to the death of a woman involved in the violent feud.

"My heart goes out to the victims in this particular case and we feel for the family and what they are going through. This case is all about justice for the victims," said Gordon Johnson of the FBI.

Investigators say the arrest and charges of the six men is part of a larger effort to reduce violent crimes and make communities safer in Delaware. It's a move that law enforcement says is working.

"Crime throughout the city of Wilmington is down in virtually every key violent crime metric. Shootings are down 60 percent, shooting homicides are down 44 percent, rape is down 75 percent," said U.S. Attorney David Weiss.

Authorities say the stronger criminal charges and arrest of these six suspects should send a message to other violent offenders.

"When we see this type of violence being directed at individuals in our community, we as the FBI will come together and do all we can to collaborate with our state and local federal partners to do what is necessary to make sure these people are brought to justice," said Johnson.