4 arrested for climbing over secure zone fence at DNC 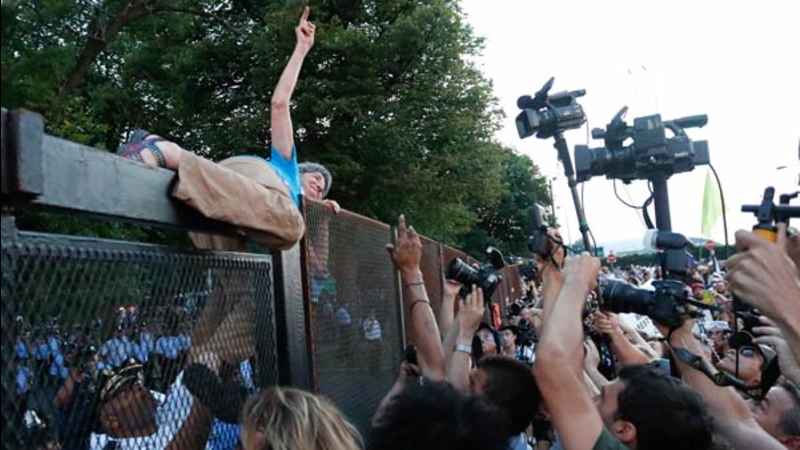 PHILADELPHIA (WPVI) -- Several people were arrested after attempting to climb over a fence to a Security Service designated secure zone in South Philadelphia, officials say.

At no point did the individuals enter the Wells Fargo Center, officials say.


The four fence jumpers will be charged with Entering a Restricted Area.

Videos and photos posted to social media around the same time showed a number of people climbing over a fence; it is not clear at this time if these are the people being charged.

The four were taken to the Philadelphia Federal Detention Center and will be seen before a judge on Wednesday.