Merriam-Webster on 'Dilly dilly:' It's a real word 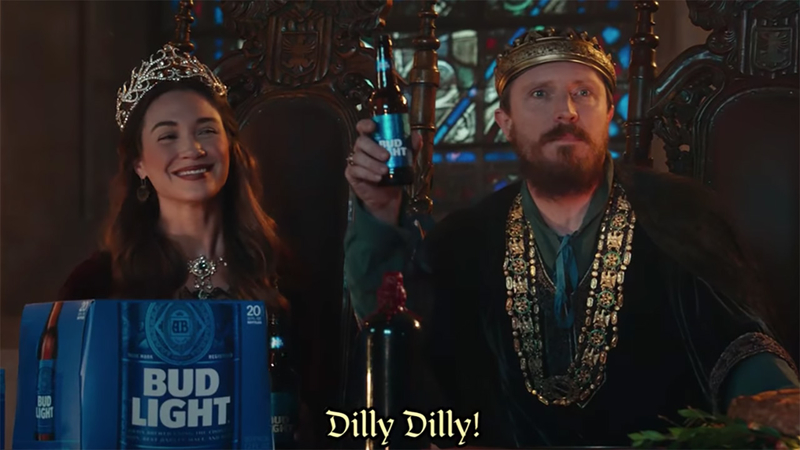 If you've watched commercials on television at any point over the past six months, you've probably seen an odd one featuring a medieval king, queen and their subjects raising their beers in an enthusiastic toast: "Dilly dilly!"

The wildly popular series of Bud Light ads has racked up millions of views on YouTube and spawned a new rallying cry for beer drinkers everywhere.

And because nothing can truly be declared a cultural phenomenon until the dictionary weighs in, Merriam-Webster gave their two cents on Twitter: "dilly" is a real word, and it refers to something that is remarkable or outstanding.

'Dilly'
- is a real word
- comes from an obsolete adjective meaning "delightful"
- sees a rise in lookups pretty much every Sundayhttps://t.co/zaKImydLsI

In other uses, the word can refer to a horse-drawn wagon or cart, a duck or a daffodil when used as a noun. In Australian English, it is also used as an adjective to describe something silly or foolish.

It should come as no shock to Sunday funday lovers everywhere, but Merriam-Webster said it sees a spike in searches for the curious word "pretty much every Sunday." The spike could also be related to Bud Light's advertising during NFL telecasts, some social media users speculated.