The politicians and the big money players officially kicked of the redevelopment and rejuvenation of the landmark.

NORTH PHILADELPHIA (WPVI) -- It's a major sign of revival on Broad Street in North Philadelphia. After years of discussion, renovations at the Divine Lorraine Hotel begin Wednesday.

The building, which dates back to the 1890s, was Philadelphia's first racially-integrated hotel. It's since fallen into disrepair... until now.

A ground breaking ceremony was held Wednesday afternoon to mark the rebirth of the landmark at Broad and Ridge. A divine moment. The politicians and the big money players officially kicked of the redevelopment and rejuvenation of the landmark.

The Divine Lorraine Hotel was one of the city's first hi-rises - a landmark on North Broad that has since fallen into a state of decay, called by one writer "a graffiti-ridden figurehead of urban blight."

Now the shell of the Divine Lorraine will be given a new lease on life.

The $44 million redevelopment comes from an ambitious real estate developer who's getting millions in state and local dollars to refurbish the 10 story building as a gateway to the rejuvenation of the North Broad Street corridor.

At the groundbreaking ceremony Billy Procido from the 100 Mile Fund said, "This is the most complicated building in my 35 year career, but there was no way we could make it work, so we needed some government help."

The plan is to create over 100 luxury apartments and 20,000 square feet of retail and restaurant space.

The eventual reopening of the Divine Lorraine Hotel is being hailed as one more sign that North Broad Street itself is on its way back to economic vibrancy.

Longtime neighborhood residents see this as a sign of better times ahead for this part of town.

Jeanette Wade says, "It will be good for the community. It will bring a lot of jobs, and it would take a lot of people from off the streets."

The full renovation of the Divine Lorraine Hotel is expected to take two years. 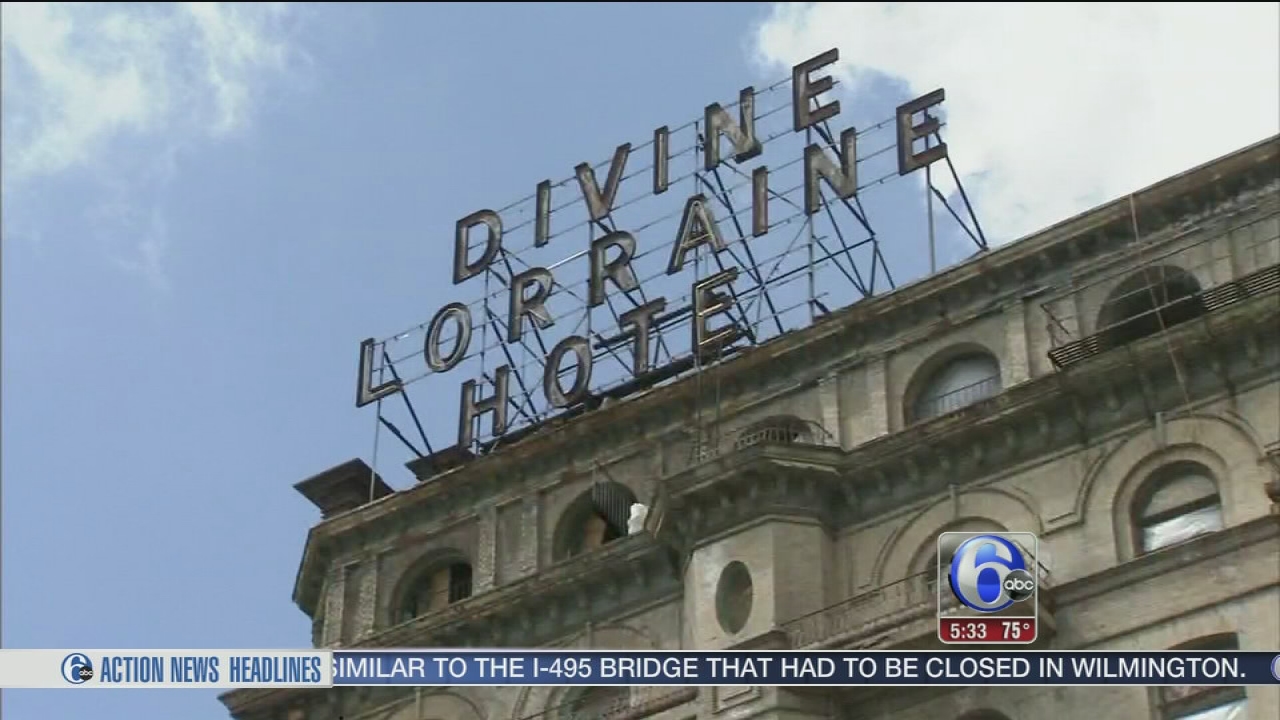