Dog left alone in car drives in circles for an hour 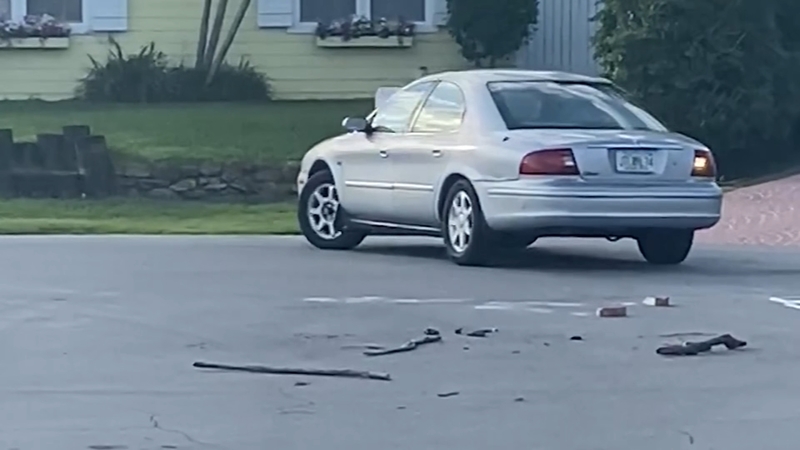 Dog behind wheel as car drives in circles for an hour

PORT SAINT LUCIE, Florida -- In South Florida, neighbors in a cul-de-sac watched in awe as a car moved in circles in reverse for approximately an hour.

At first, it looked like there was no driver in the car in Port St. Lucie around 8:30 a.m. Thursday.

"First I thought I saw somebody backing up, but then they kept going and I'm like, 'OK, what are they doing?''" neighbor Anne Sabol told WPBF-TV.

But video shows, if you looked closer, there was a driver - well, sort of. It was a dog.

"Then I saw the dog get out of the car, a big black lab or something, and I'm like, 'This is turning weird,'" Sabol said.

SEE ALSO: Dog escapes, then rings doorbell to get back inside
EMBED More News Videos

Marshall the dog was caught on camera escaping his house, then trying to get back inside by knocking on the door.

Port St. Lucie police said the human driver left the car running when he stepped out and the dog somehow knocked it into reverse.

The tread marks could be seen on the street.

Police and firefighters arrived on the scene and eventually stopped the car.

"I saw this car going around in a circle and it was doing it for about an hour. And when the cops got the door open, a black dog jumped out, I was like, 'They should give that thing a license,'" Sabol said.

Neighbors were glad no one - human or dog - was injured.

Though, the car did smash into a mailbox. The homeowner told WPBF that the human driver says he'll replace it.