"I caught him gasping for air, trying to get out, and he jumped out the window," said a witness.
WPVI
By 6abc Digital Staff 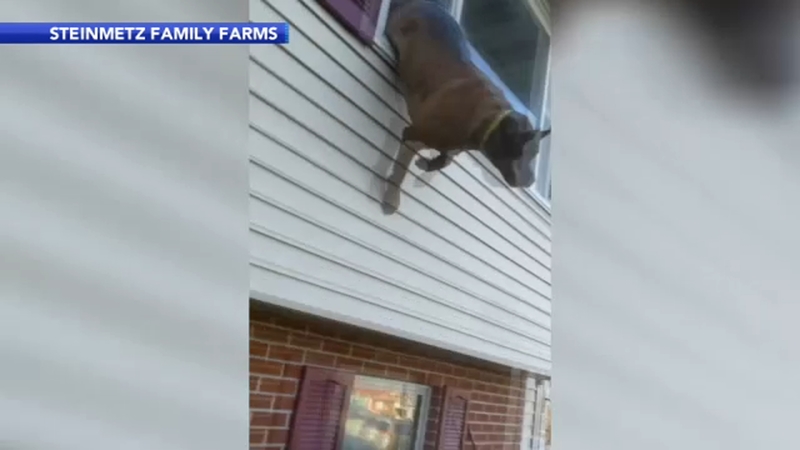 Viewer video shows the moment the dog named Charlie leaped from an open window as neighbors held out their hands below.

"I caught him gasping for air, trying to get out, and he jumped out the window," said Justin Steinmetz, who recorded video of Charlie's daring leap.

The two-alarm fire broke out around 8 a.m. Wednesday at the home on the unit block of West Jackson Street near Route 662 in Fleetwood.

Chief John Manmiller of the Fleetwood Fire Company said the winds spread the fire through the roof before crews arrived.

"Fire out the roof, out the back of the house, so it sounded like we were behind the ball from the get-go," Manmiller said.

The family, a couple and their triplet high school seniors, was not home at the time.

"Luckily, they left the window cracked, and the dog couldn't get downstairs because there was a dog gate, so he just forced his way right out through the window," Steinmetz explained. 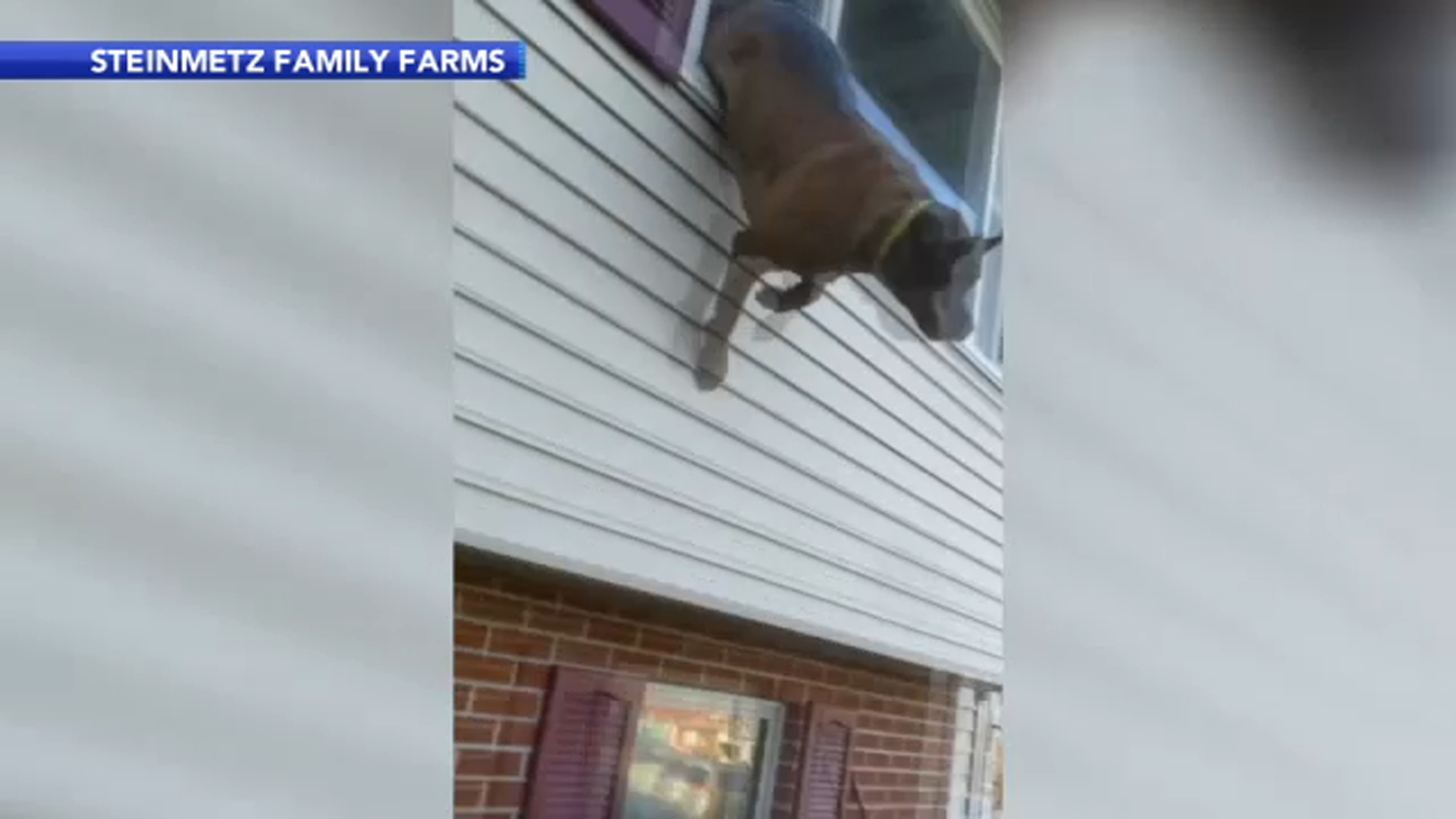 Abby Stump, one of the triplets, said she found out about the fire through the home's security camera.

"The way I found out was I was in school, and we have a Ring doorbell camera," Stump said, "and I found out through our doorbell. I saw a firefighter trying to breach the door."