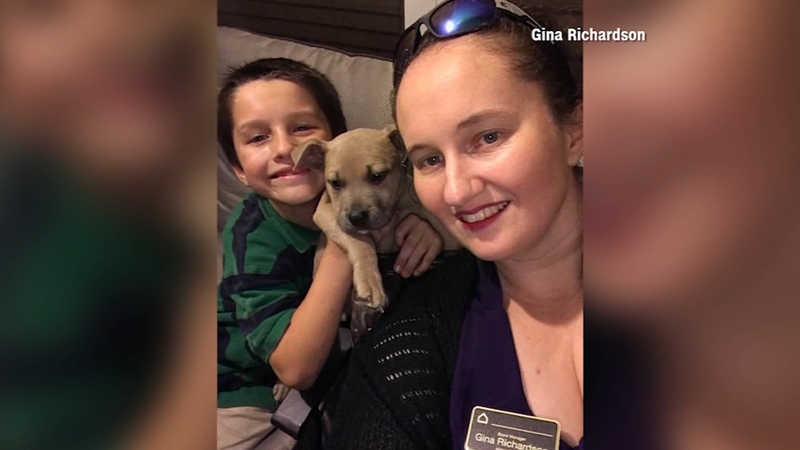 Dog jumps on venomous snake to save human brothers

WEBSTER, FL -- A Florida family is mourning the loss of their heroic puppy who gave his life to save his human brothers.

Gina Richardson told CNN that two of her kids were playing in the backyard when her 9-month-old pit bull puppy Zeus noticed a venomous snake nearby. Zeus never hesitated.

He sprang into action, smothering the snake with his body.

The coral snake bit Zeus four times before the heroic dog bit the snake's head off.

Richardson rushed Zeus to an animal hospital to get anti-venom medication and treatment, but it was too late. Zeus died from his injuries the next day.

According to National Geographic, eastern coral snakes are generally reclusive, but their venom has a potent neurotoxin that can lead to respiratory or cardiac failure.