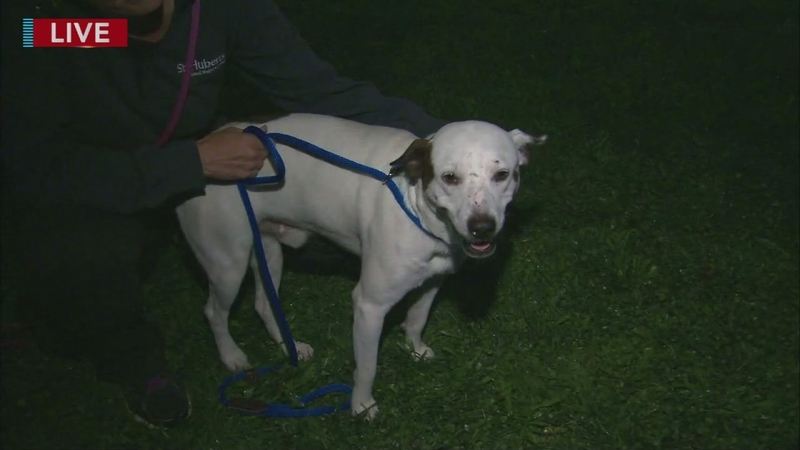 MADISON, New Jersey (WPVI) -- The cold, damp hanger at the Morristown Municipal Airport in New Jersey is nothing like the deluge the dogs left behind them in Texas.

"We know how people came out for us after Superstorm Sandy, so it's important for us to be there for Texas and do whatever we can," said Nora Parker, St. Hubert's Animal Welfare Center.

78 dogs, already up for adoption, left Houston to clear the shelters there for any animals that are now displaced by the Houston floods.

They were loaded onto a plane Tuesday afternoon, had a brief layover in Tennessee, and landed in Morristown around 10 p.m.

Their trip was chronicled on the Wings of Rescue Facebook page.


"We are now off the ground. Next stop New Jersey!" the pilot said.

"In this block here, I think we have 21 in just this one block, we have many more pods and areas available for them," said Heather J. Cammisa, CEO St. Hubert's Animal Welfare Center.

It is where the dogs will sleep, one wing of St. Hubert's Animal Welfare Center has been earmarked as their temporary home after the Humane Society of the United States asked the Madison, New Jersey, shelter to take the dogs in.

"They contacted us and asked if we could take a whole planeload, we reached out to our partners, they said immediately 'yes.' In fact, so many groups have now responded that we may not have that many up for adoption from our program," Cammisa said.

One of those partners drove two hours all the way from Voorhees to give the Lone Star evacuees a new, loving home.

"We try our best to provide great care and a great commitment and put so much love towards them, they'll think it is home," said Leah Jackson, Animal Welfare Association.