WPVI
By Bob Brooks
PHILADELPHIA (WPVI) -- A delivery driver got the scare of a lifetime while attempting to deliver food near the intersection of 15th Street and Girard Avenue in Philadelphia.

The DoorDash driver, who did not want to be identified, said he initially passed where the customer was waiting.

When he tried to make a U-turn, he noticed a group of people standing on the sidewalk.

He said his dashcam was recording as someone from that group fired a bullet. Then many more shots followed.

The driver ran down the street with the food still in his hand.

He said those few seconds running away were the worst moments of his life.

"It was a really bad feeling," he said. "You have to turn your back on that threat and just hope that you're not struck from behind with a firearm. It's a horrible feeling. I felt outside of myself. It was bad."

The driver said he got behind an SUV for cover.

When it was all over, his car was still there, but a bullet went through it. The back windshield was shot out.

He thought for sure it would be gone.

The food survived the DoorDash delivery, but after going through something like this, he said he is taking a break on making deliveries.

"I have a wife and an 18-month-old daughter. So, my decisions impact more people than myself," he said.

The driver filed a police report. No arrests have been made.
Report a correction or typo
Related topics:
philadelphiacrimemeal deliveryshooting
Copyright © 2021 WPVI-TV. All Rights Reserved.
CRIME 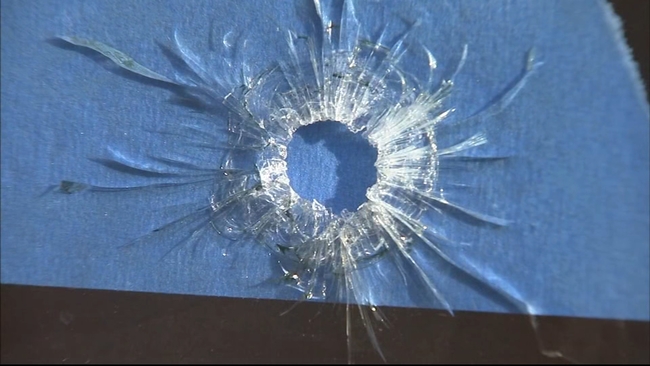