2 arrested in carjacking at Dover Mall 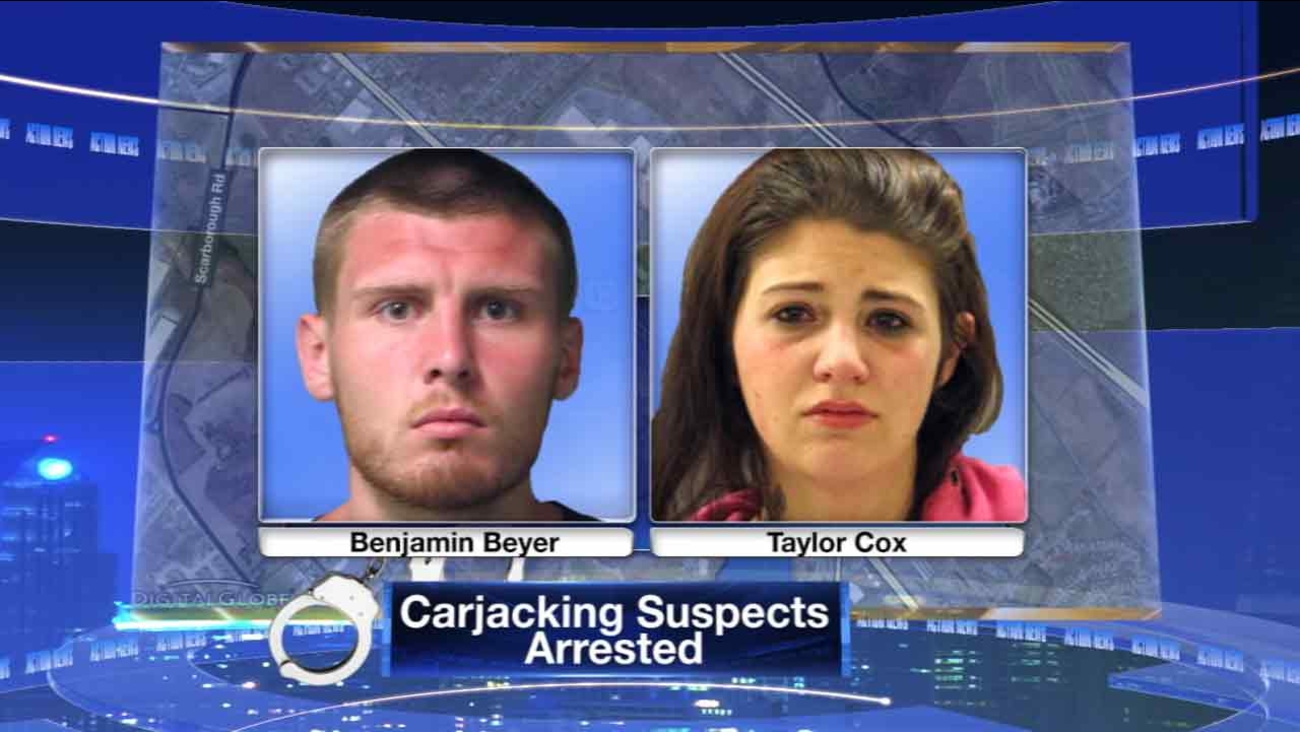 DOVER, Del. (WPVI) -- Police arrested two people in connection to a carjacking at the Dover Mall.

The suspects were carrying a pipe and wooden baton and ordered the victim back into his vehicle.

Police say one of the male suspects told the victim that he had a gun and ordered him to drive away.

After taking multiple back roads to the Milford area, the victim was ordered out of the vehicle on West Woodside Drive.

The victim then ran to a nearby house and called 911.

Police located the victim's vehicle a short distance away. The victim told police the suspects also stole his cell phone, an undislosed amount of cash, and his driver's license.

The arrests int his case came after police were able to identify the suspects based on witness statements in the area where the vehicle was left behind.

22-year-old Benjamin Beyer and 21-year-old Taylor Cox were both charged with Carjacking 1st Degree and Conspiracy 2nd Degree. Beyer was committed to JTVCC and Cox to Baylor Women's Correctional Center in default of $62,000 secured bond.