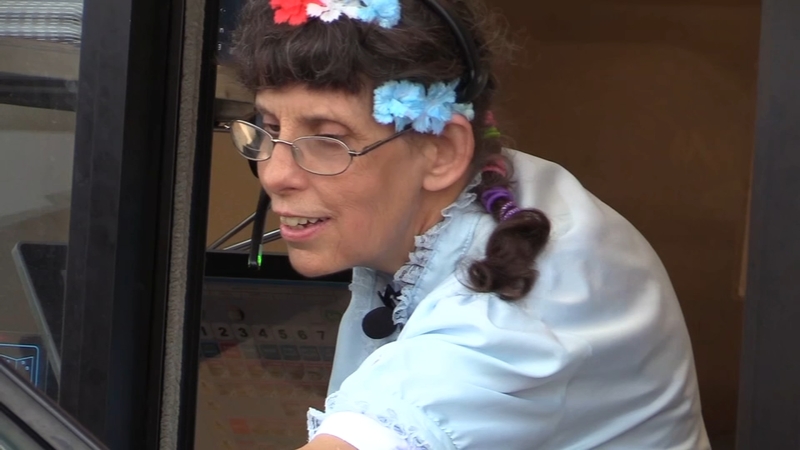 DOWNINGTOWN, Pennsylvania (WPVI) -- If you've ever been to the McDonald's on Lancaster Avenue in Downingtown, you've probably met Mary DelRossi. She's the drive-thru specialist who is celebrating 40 years working there. She's by far one of the longest-tenured employees.

"It opened January of 79, I came in August of 79," she explained. DelRossi has sort of a formula to how she's kept the same job for decades.

"You keep treating customers good and they'll come back to you. You give them good, awesome service and they'll tell other people," she said.

It's a trait not lost on her bosses.

"A customer came in with her car packed full and two little kids and she said to me, 'You know we were leaving today to move across the country just my kids wouldn't go until we got to say goodbye to Mary,'" said Laura Sander, the owner of the McDonald's franchise where DelRossi works.

Sander helped organize a party to honor DelRossi's 40 years, complete with cake, decorations and plenty of customers who wanted to sing her praises.

"We come here almost every day and just from my voice, she knows what I want," one customer said.

"She serves people with a smile," said another.

"I just love my customers and I'll say to them thank you, have a great day and just lift their spirits," said DelRossi.