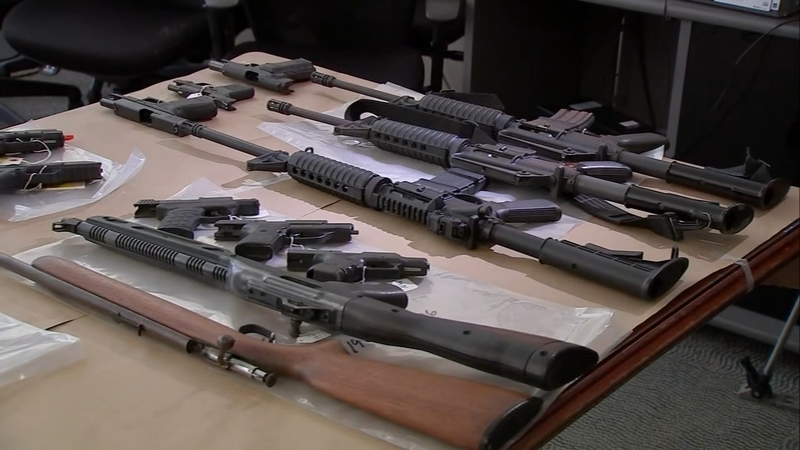 PHILADELPHIA (WPVI) -- Philadelphia police announced Tuesday a big roundup of more than 200 suspected drug dealers, 21 guns including assault weapons and over $670,000 in drugs.

The sting was carried out in Kensington, a section of the city notorious for drugs.

In a press conference, police displayed cocaine, crack-cocaine, heroin, meth, and synthetic marijuana worth an estimated $670,433 on the streets.

Police, with help from the FBI and DEA, conducted the operation in the past week, following complaints from residents in Kensington and Fairhill.

"Anytime we get a gun, we look at that as a win because these guns...I'm sure some of these guns were engaged in past shootings. We're going to forensically analyze these guns and compare them to past shootings," Philadelphia Police Inspector Joseph Fredericksdorf said.