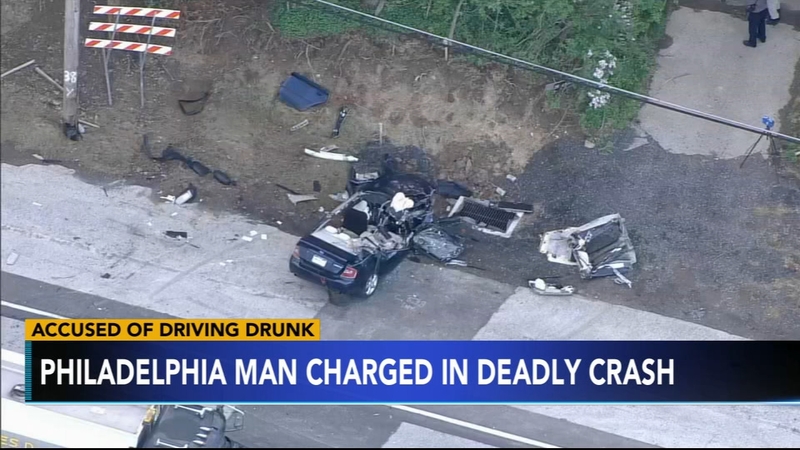 LOWER GWYNEDD TWP., Pennsylvania -- A Philadelphia man has been charged with killing one colleague and injuring another after crashing while driving drunk back on May 6.

The crash happened around 3:30 a.m. on the 500 block of Dekalb Pike near Grasshopper and School House lanes in Lower Gwynedd Township, Montgomery County.

Officials say Gabino Lucas Lagunes' blood alcohol content was nearly three times the legal limit when he slammed into the back of a parked fuel truck.

One of his passengers, Jose Martinez-Diaz, was killed.

A second man, who also worked with him at a Montgomery County Mexican restaurant, was hurt.
EMBED More News Videos

One person was killed in a crash on Route 202, Dekalb Pike, in Lower Gwynedd Township, Montgomery County.