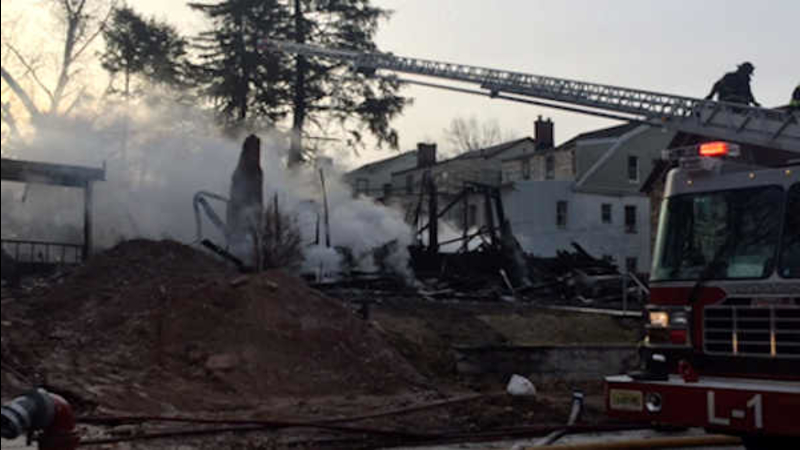 EAST ORANGE, N.J. (WPVI) -- Officials say a 72-year-old woman died when a fire broke out in the home she owned and shared with eight others.

The Essex County Prosecutor's Office said Sunday Maureen Phillips was initially unaccounted for, but was later discovered and pronounced dead at the East Orange house.

The fire broke out about 5 a.m., and Phillips' 38-year-old son and a 52-year-old woman were also injured. Their names were not released.

There were six others, from 36 years old to 1-year-old, at the home when the fire broke out.

A man and woman had to jump from a third floor window to escape the flames.

The fire, which started in the house's kitchen, was placed under control after about an hour.

Seven nearby homes were damaged by the fire, with the sidings of the homes melted.

The American Red Cross is assisting the family displaced by the fire.