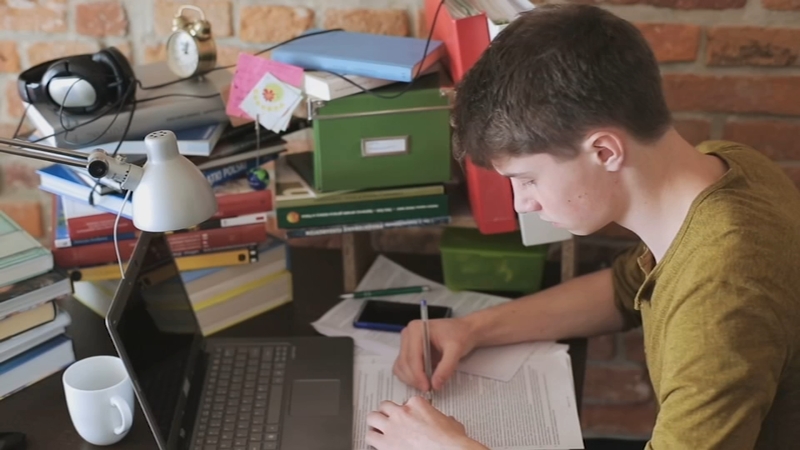 When school guidance was released by the New Jersey Department of Education officials last month, officials said school districts were required to include some kind of in-person instruction in their plans.

Action News spoke to parents who are ready for their students to go back.

"I'm hopeful they can go back at least a couple days a week. Luckily, she did really well at home," said Suzanne Bromke, whose daughter is a rising senior at Cherry Hill West High School.

She's hoping her daughter can attend classes in person.

"She's a vocalist and I'm really worried that they're not going to be able to sing," said Bromke.

Camden School District officials say they will release a plan to the public on July 28. They have been focusing on hybrid models - where students spend several days in school and several days at home - with the possibility for an entirely remote option. Cherry Hill Schools released a hybrid plan last week, and gave families the option to go completely virtual.

But learning virtually comes with its own set of challenges, according to educators.

While some Camden County parents want to keep their children home, others are struggling with a childcare solution.

"We're hopeful," said Aaron Williams, a parent in the Pennsauken School District, where they're still waiting on a final plan. "It does cost a lot of money to get people to watch your kids while you go to work. But I prefer he go back to school if we can help it."

Another issue many districts have been working on: accessibility and technology. Camden School District officials say back in March, 30% of their families had access to the internet with some kind of device for remote learning. Now, that number is up to 92%.

Both superintendents said while they plan to open schools for in-person instruction this fall, they are prepared to pivot to an all-virtual plan if needed.
Report a correction or typo
Related topics:
educationcamden (new jersey)cherry hillback to schoolhealtheducationcoronavirus
Copyright © 2021 WPVI-TV. All Rights Reserved.
More Videos
From CNN Newsource affiliates
TOP STORIES