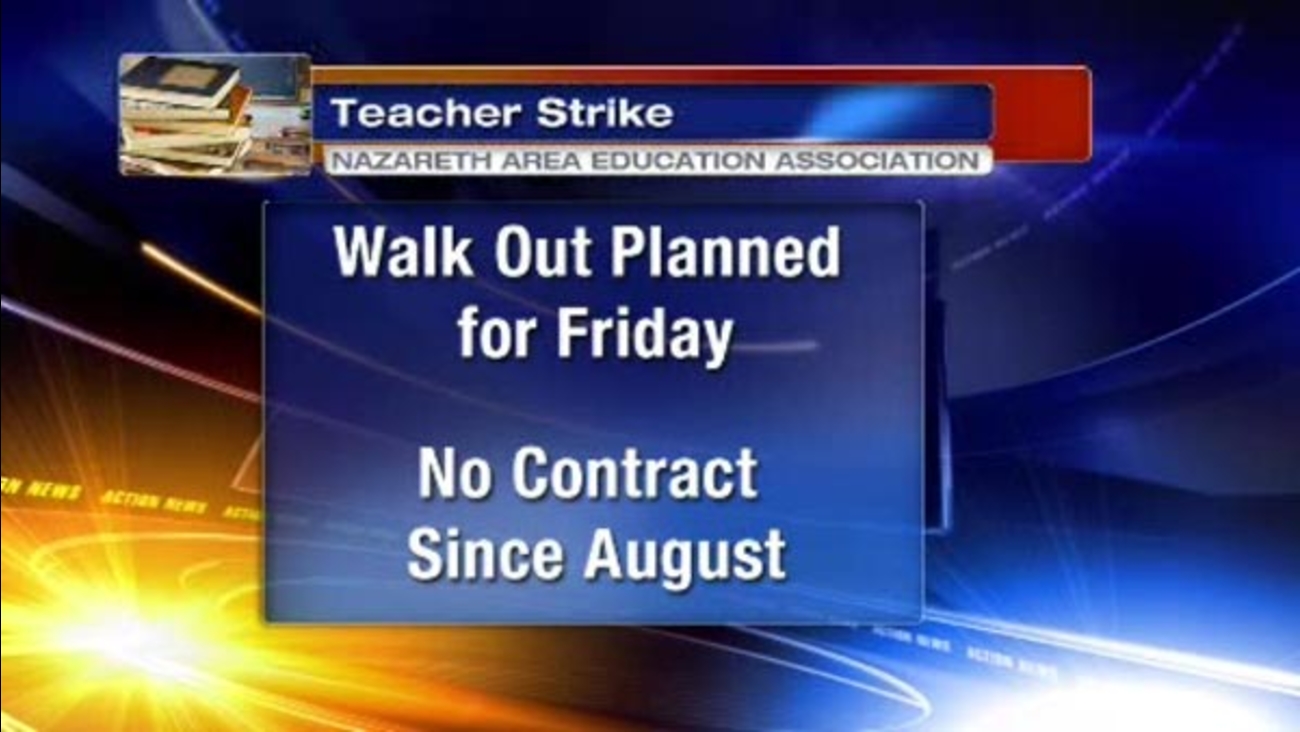 WPVI
NAZARETH, Pa. -- Teachers in the eastern Pennsylvania borough of Nazareth have announced plans to strike Friday after the district rejected their latest contract offer.

Union president Adele Mitch said in announcement that members of the Nazareth Area Education Association wanted to make sure parents had time to make whatever arrangements are necessary for their children.

At Monday's school board meeting, a handful of parents spoke in support of the teachers, calling on the board to meet more frequently to end the contract impasse. Teachers have been without a contract since August.

School board president Lorin Bradley said he would release a statement later outlining whether the board stood on remaining issues.