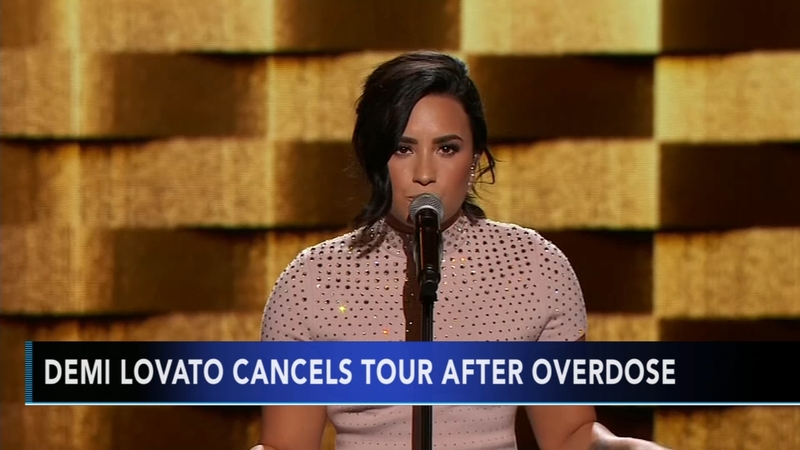 Demi Lovato has canceled some upcoming concert dates in the wake of her apparent overdose.

Live Nation has announced the cancellation of Lovato's tour in South America.

The company says the Grammy-nominated singer is "focusing on her recovery."

Lovato was released from a hospital in Los Angeles earlier this week, and has since entered a rehab facility.