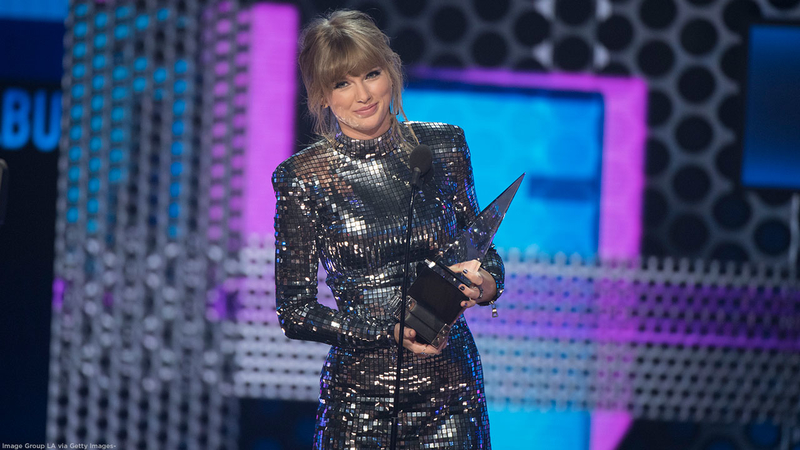 LOS ANGELES -- Taylor Swift made history Tuesday night by becoming the most decorated woman in the history of the American Music Awards with a total of 23 AMAs.

She unseated Whitney Houston, who previously held the title with 21 wins.

Swift, who kicked off the show with a performance of "I Did Something Bad," won a total of four honors including artist of the year at the fan-voted show Tuesday night in Los Angeles. She beat out Drake, Ed Sheeran, Imagine Dragons and Post Malone for the top prize. (Click here for a full list of AMAs winners.)

Is it cool that she said all that? Of course it is. @taylorswift13 accepts the award for #AMAs Artist of the Year! 🎉 #TaylorSwiftAMAs pic.twitter.com/EmTzjlB8uH

Swift kicked off her week with a rare political post on social media. At the AMAs, she continued the conversation by encouraging fans to vote in the upcoming midterm elections.

Swift announced on Sunday that she was voting for Tennessee's Democratic Senate candidate Phil Bredesen, breaking her long-standing refusal to discuss anything politics. 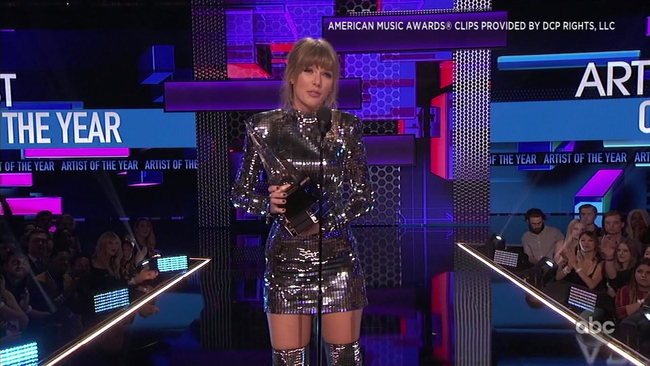 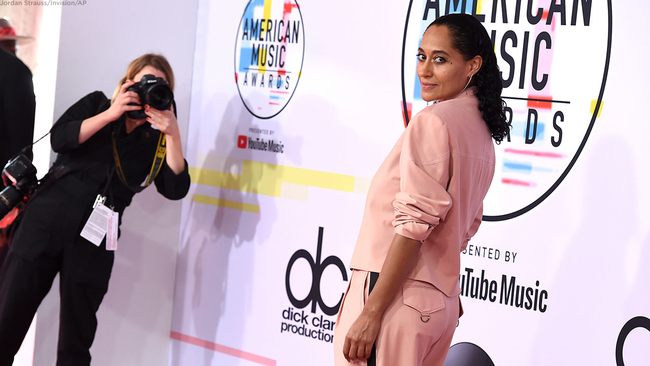