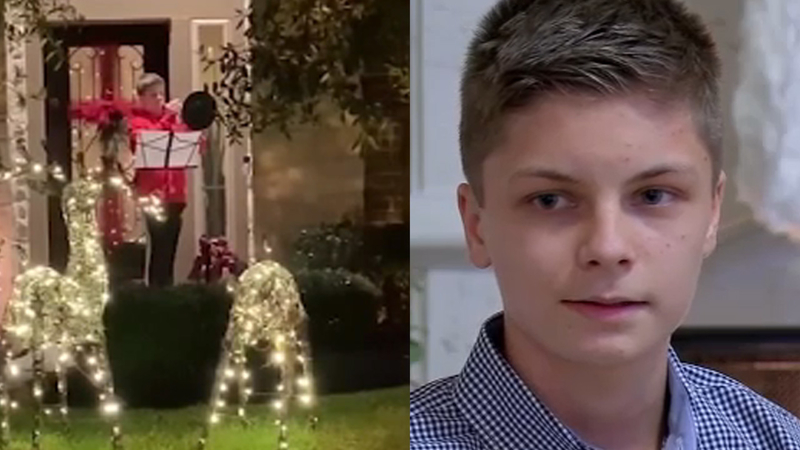 HOUSTON, Texas -- A 15-year-old's salute to a fallen Marine is going viral.

Ethan Martula has been playing his French horn in front of Sgt. Marty Gonzalez's home in Cypress, Texas, every night.

Gonzalez died late last month from complications of injuries he suffered in a grenade attack in Iraq 16 years ago.

"I never ever thought that at the age of 37 that I would be a widow," said his wife, Tawnee Gonzalez.

Martula said he wanted to show his appreciation for Gonzalez's sacrifice so he started performing in front of the family's home, playing the national anthem, the Marine hymn and 'God Bless America.'

"I feel like a lot people just saw it and were surprised that there are still people out there that do this and show great appreciation of people that made a lot of sacrifices," said the teen.

Martula said neighbors have been gathering to watch him play every night and said he's just heartened to know he's brought comfort to Gonzalez's widow and four children.