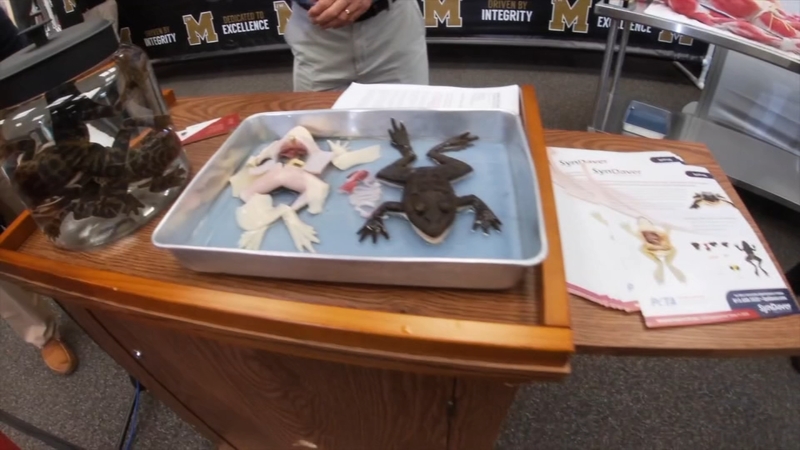 TAMPA, Fla. -- For middle and high school students, they either love it or dread it when it comes to dissecting a frog in science class.

But now, thanks to a new invention made in Tampa, real frogs are no longer needed.

It is not uncommon for many teens to want no part of dissecting anything that was once living.

"It makes people uncomfortable, the fact that you are cutting into an animal that was once alive and now it's on your desk," said Mitchell High School senior Gar Kuhns.

For the first time anywhere in the world, students at Mitchell High School in Pasco County, Florida are dissecting a frog without an actual frog, reported WFTS.

"It was an amazing sight to behold to see just students engaged in something that was very exciting for them and that they've never done before," said school principal Jessica Schultz.

Tampa-based SynDaver developed a synthetic frog they say is even better for learning than the real thing.

"This technology is something that mimics not just look and feel, but density and chemical properties to a certain extent," said SynDaver CEO Dr. Christoper Sakezles. "The tissues were developed to perform like real-life tissues so they do."

SynDaver already has a synthetic human and other animal models that are used at colleges, but People for the Ethical Treatment of Animals (PETA) came up with $150,000 to help them speed up the development of the frog.

PETA says a million frogs are killed for classroom use every year.

"I think it's cool that now we get to use synthetic animals. We don't have to kill the real ones," Kuhns said.