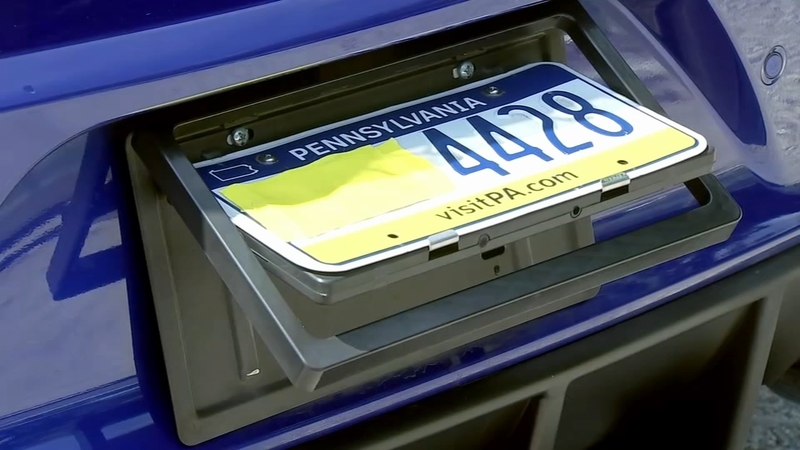 PHILADELPHIA (WPVI) -- The practice of purposely obscuring license plates is nothing new, but a vehicle recently impounded by Philadelphia police looks like something out of a British spy novel.

The vehicle was equipped with a remote-controlled license plate flipper.

But while high-tech tag flippers are not common, simpler methods of concealing tags are common.

Captain John Ryan, the commanding officer of the Philadelphia Police Major Crimes Unit says, "If you drive around, you notice there's paper tags everywhere and many of them aren't legitimate because they can be copied on a copier or print it off on a computer."

Ryan says there is no way of knowing for sure if the implementation of red light cameras across parts of Philadelphia resulted in more people obscuring their tags, but those cameras sure are capturing images of a lot of them.

And while that may not sound like a big deal to some people, it's something that puts police officers in a compromised position if they pull over a vehicle devoid of a legal, clearly posted license plate.

Bensalem Director of Public Safety Fred Harran says, in the worst-case scenario, it puts the officer in danger.

"The car might be involved in a crime," he says, "and they are stopping and don't know who they are stopping. It gives us bad information. So these are more things out there that create for a difficult law-enforcement profession."

Meanwhile, Captain Ryan has a message for everyone trying to find ways to avoid getting photographed by Philadelphia's red-light cameras: "The cameras are only expanding, it's not going to go away."