Dorothy Trate wore her "Rosie the Riveter" uniform from the 1940s to throw out the first pitch.
WPVI
By Alicia Vitarelli 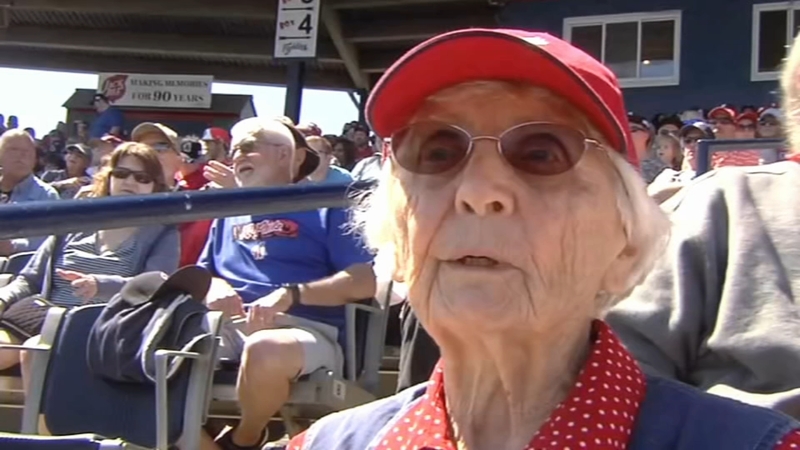 READING, Pennsylvania (WPVI) -- She is a living treasure and a pivotal part of history. On Tuesday, a local "Rosie the Riveter" was honored at the Reading Fightin' Phils game.

Dorothy Trate is 99 years old, but that didn't stop her from throwing out the first pitch.


The Birdsboro, Berks County native is a true force of nature. She turns 100 years young on July 9.

Trate wore her "Rosie the Riveter" uniform from the 1940s to throw out the first pitch.

"It was the first time I did that," Trate said. "I am an outdoor girl and very sports-minded, so that's my thing."

During World War II, she called herself "Dottie the Punch Press Operator," making parts for ships and planes.


In January, Trate was also featured on Action News making her very first snow angel. She is living proof of her motto that women can do anything men can do.

She said when the men were called to war, women, like herself, stepped right in.

"I am thrilled and honored to be recognized," Trate said. "It's great to be here and that people recognize the work that we did."

She is a mother of three and grew up as a milkmaid on a farm in Berks County. She's also a breast cancer survivor.