Rat falls from ceiling and onto table at Buffalo Wild Wings

LOS ANGELES, California -- A Houston woman vacationing in California got a not so warm welcome while eating out in the Golden State.

Alisha Norman shared to Facebook on Thursday that while dining at Buffalo Wild Wings in Los Angeles, a rat fell right from the ceiling and on to her table.

"A rat absolutely fell from the ceiling," she wrote on social media. "Not a great welcome, Los Angeles."

Norman told KTRK-TV she was at the restaurant watching the U.S. Women's Soccer game when she suddenly heard a noise before the rodent dropped down.

"I heard a noise and we all looked up and down came the rat," Norman said. 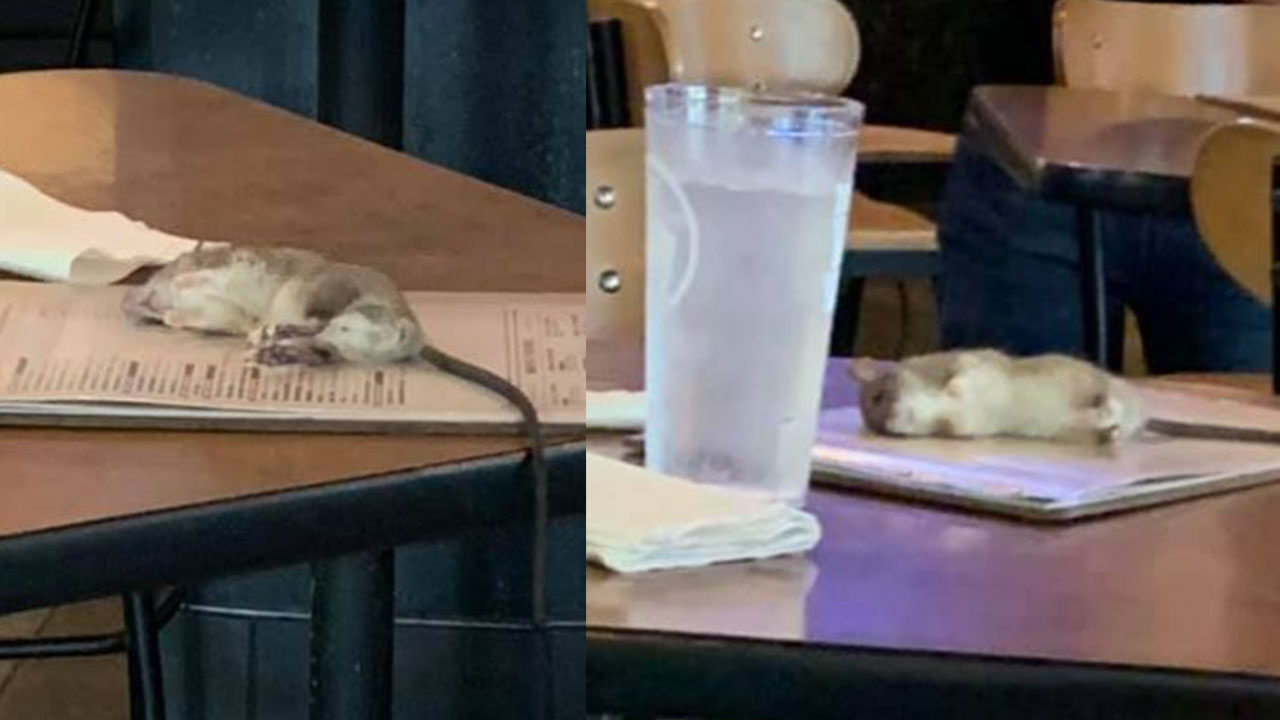 After the rat went crashing down, Norman said everyone started moving around because no one could believe what was going on.

"It was disgusting, it was still alive. Its heart was still beating," she told KTRK.

While everyone was still puzzled, Norman said a manager scooped up the rat with two plates and placed it into a bag. The restaurant manager later explained to customers that the rat fell due to the construction going on around.

A spokesperson of the restaurant released the following statement about the incident: