The airlines promised no layoffs and claim the merger will allow them to add about 10,000 jobs.
WPVI
By Nydia Han and Heather Grubola 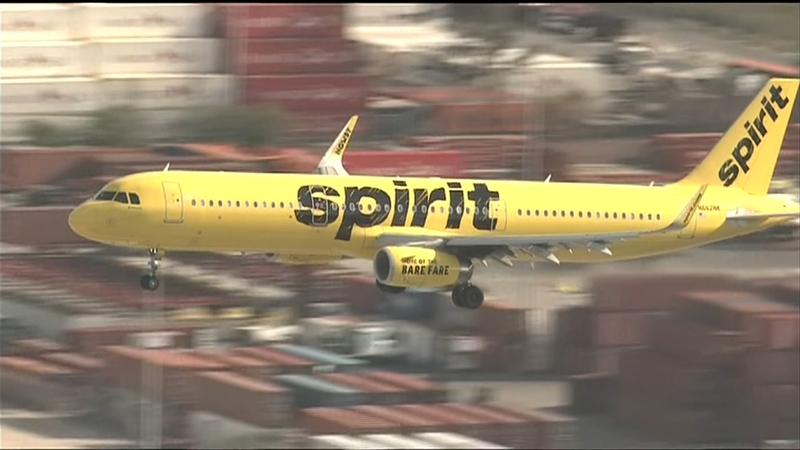 The merger is subject to regulatory review among other things. If it happens, it would create the nation's fifth-largest airline, which would impact routes, prices, and customer service.

"My expectation is that a lot of people who are in smaller cities served by either Frontier or Spirit are the likely beneficiaries of the merger because they're going to suddenly have a much bigger network," said Daniel Burnham of Scott's Cheap Flights.

Frontier and Spirit are promising consumers will "win with $1 billion in annual savings" and yes, "even more ultra-low fares to more places."

"I don't anticipate that there's going to be a huge drop in prices. I mean, that's certainly the promise that's being made, but I doubt that that will happen," said Burnham. "I would think for the average person, it will be kind of a net neutral, although maybe the passenger experience and reliability might improve."

Better customer service would be a huge win for consumers.

According to the government's latest Air Travel Consumer Report, Frontier Airlines has the highest percentage of complaints out of all big airlines operating in the U.S.
Early on in the pandemic, the Troubleshooters interviewed many Frontier customers, most of whom were complaining about not getting refunds.

The Troubleshooters hosted a Zoom call with consumers who say they are fed up with Frontier.

And while the merger could have benefits, reduced competition does often translate into higher prices and fewer options. Plus, industry experts predict growing pains as the two brands integrate.

So if you're a member of either airlines' membership or reward program, here's what you should know.

"I wouldn't want to be holding a lot of points. So if you have a big balance with Frontier, Spirit, I'd spend it down over the next year or two," Burnham said.

Frontier expects to acquire Spirit in the second half of the year.