'Frozen 2' review: Visually stunning and worthy successor to the original 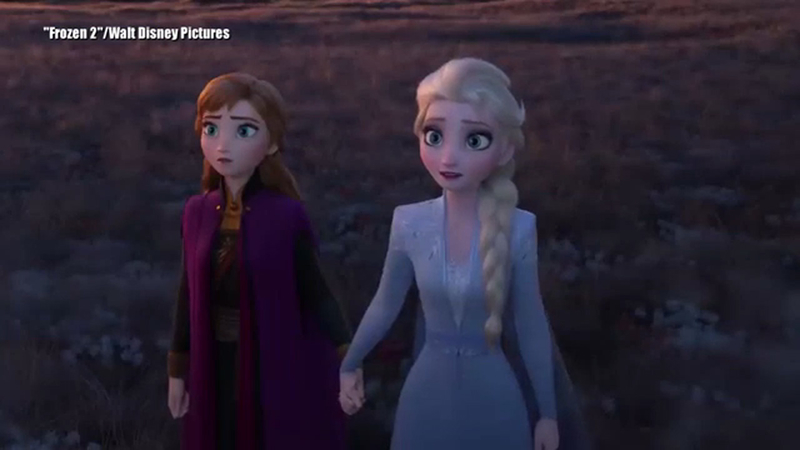 The highly anticipated follow up to Disney's record-breaking smash hit "Frozen" hits theaters this weekend, and rarely are expectations so high for a sequel that it seems impossible for those who created the original to top themselves.

Most of the original team that made the first "Frozen," which grossed more than $1.25 billion in theaters around the world, are back for this one, and that no doubt helps "Frozen 2" remain so true to the spirit of the original.

The film is a continuation of the first movie that also explains the source of Queen Elsa's magical powers and shows how she must harness them.

And at the heart of the story is the relationship with her sister Anna, given life by Kristen Bell.

The first thing you notice is the film is not as frozen as the first, because it is set in a beautiful fall.

The queen's kingdom of Arendelle is serene until Elsa, voiced again by Idina Menzel, starts hearing a sound calling her to an enchanted forest where danger is ever present.

Help comes from, among others, a general stuck inside there for decades.

Elsa, Anna, Olaf, Sven and Kristoff stick together at first, but as much as the queen welcomes their support, she must go it alone to save her kingdom from disaster.

The dazzling visuals will delight millions of children who grew up with the original, such as the young critics from the Kids First group who talked to the stars at the "Frozen 2" premiere in Hollywood.

The improvement in visual effects means a lush look that at times surpasses the original, but what "Frozen 2" lacks is an iconic song to rival "Let It Go."

Given the immense, worldwide popularity of that hit and another tune, "For The First Time in Forever," the lack of hits here is all the more remarkable.

There are no songs worth humming afterwards, and that's a missed opportunity. However, "Frozen 2" is satisfying enough as a follow-up story and so visually stunning that the lack of memorable music shouldn't discourage you from going to see it.