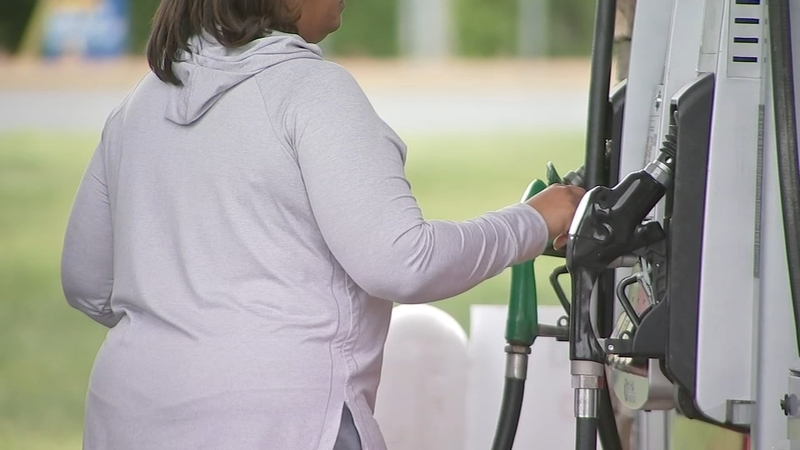 Drivers were waiting for cheap gas at $3.99 a gallon.

"I'm making a conscious effort to find where to go," said Dwayne Simon of Fernrock, who is decreasing his driving trips.
"I pulled my bike out of the garage, got a TransPass, and only drive when absolutely necessary," he said.

The prices of gas are up all over the nation.

The price of gas sits around $4.40 in Camden County.

Delaware residents are also seeing prices at $4.22. in New Castle and Kent counties.

Brian Harrell, who works at the Wynnfield Sunoco gas station, says he's had his share of angry customers.

"We get customers all day just complaining about the price that we can't do anything about," said Harrell.
Stacey Reaves got four-and-a-half gallons for $20. As an Uber driver, it's just not adding up.

Sean Farhy sits on the Radnor Board of Commissioners and will be proposing petitioning Governor Tom Wolf to temporarily suspend the nearly .59 cent state gas tax per gallon.

"It's just a question and a conversation that I want to be proactive about. Let's get it started sooner rather than later," said Farhy.

A spokesperson for Governor Wolf's office says while there is no immediate plan to suspend the state gas tax, he is asking Congress to sign the "Gas Prices Relief Act," which would suspend the federal gas tax of 18 cents a gallon through the end of the year.