The shooting happened around 9:45 p.m. on the 3600 block of Germantown Avenue.
WPVI
By 6abc Digital Staff 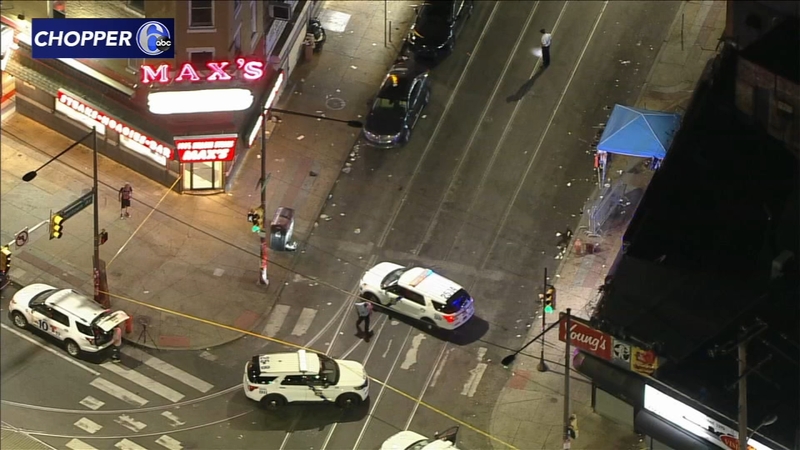 Chopper 6 over quadruple shooting in Tioga-Nicetown

It happened around 9:45 p.m. on the 3600 block of Germantown Avenue near Max's Steaks in the city's Tioga-Nicetown section.

Two others, an 18-year-old woman and a 33-year-old man, are listed in stable condition after being shot, said police.

SEE ALSO: 16-year-old arrested in shooting of 7 people outside Golf and Social Club in Fishtown

Chopper 6 was overhead as officers cordoned off an area near the busy intersection of Erie and Germantown avenues.

It's still unclear what led up to the gunfire.