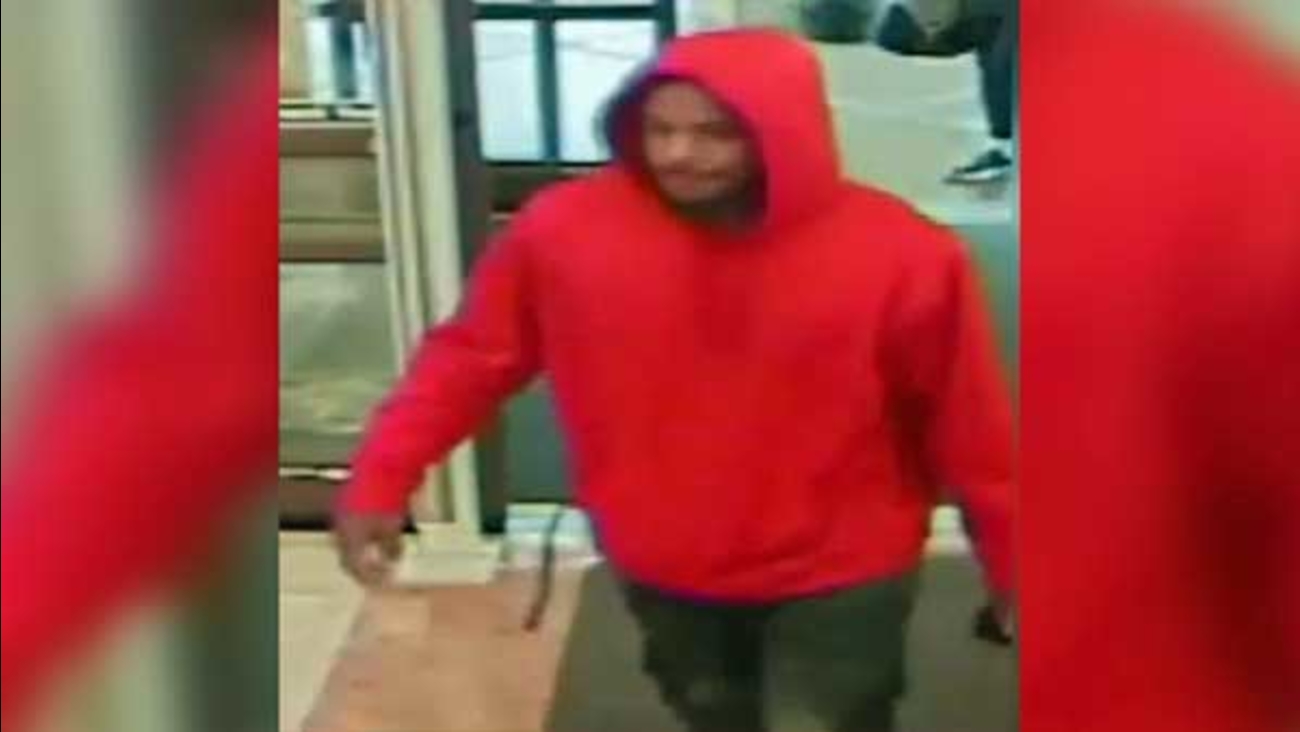 Pictured: The suspect wanted for stealing diapers with a child in tow and threatening a guard at the Rite Aid on the 1300 block of E. Washington Lane on March 14, 2016 at 4 p.m.

GERMANTOWN (WPVI) -- Philadelphia police are searching for a suspect who they say robbed a Rite Aid pharmacy with young child in tow and then threatened to shoot a security guard.

The incident happened on March 14 inside the store on the 1300 block of East Washington Lane in the city's Germantown section.

Police say the suspect entered the store at 4 p.m. with the toddler, grabbed two boxes of diapers, valued at $60, and left without paying.


When the security guard approached the robber as he was pulling out on the parking lot, the suspect threatened to shoot him.

The guard then backed away and called police.

The suspect is described as a black male with a light brown complexion. He was 5'7" tall, 160-180 lbs. and 28-30 years old. Police say he was wearing a ed hooded sweatshirt, blue jeans, red sneakers with yellow laces and fled the scene in a blue vehicle.