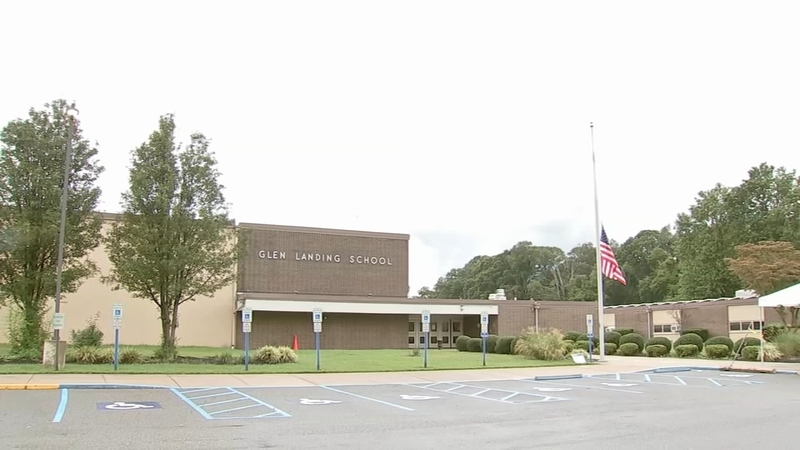 GLOUCESTER TWP., New Jersey (WPVI) -- An HVAC employee is facing charges after authorities made a strange discovery inside the girl's bathroom of a Camden County, New Jersey school this week.

Officials at Glen Landing Middle School say on September 9 they found mirrors installed on the stalls inside one of the bathrooms.

Police say school officials became suspicious and suspected someone could be using the mirrors to peer into the stalls from an air conditioning vent above.

According to the Gloucester Township Police Department, Gregory Mahley, 51, of West Deptford, is being charged with endangering the welfare of a child, invasion of privacy, and possession of child pornography.

"We have recovered electronic devices. He definitely would have had a viewpoint of the mirrors coming through," said Harkins.

Mahley was an eight-year employee of Multi-Temp Mechanical, Inc., located in Westville. The company was contracted by the Gloucester Township Board of Education to perform Heating-Ventilation-Air Conditioning services at the school.

Police are still trying to find out if Mahley setup mirrors at other schools.

"We have alerted all the schools and law enforcement agencies to look out for this mirror type configuration," said Harkins.

It's still unclear how long the mirrors were installed before they were discovered.

"I am very disturbed to learn of criminal charges filed today against an employee of an outside contractor who was performing HVAC work at Glen Landing Middle School. Upon notification of suspicious behavior, the school's administration immediately contacted local law enforcement authorities," said Superintendent John Bilodeau in a statement.