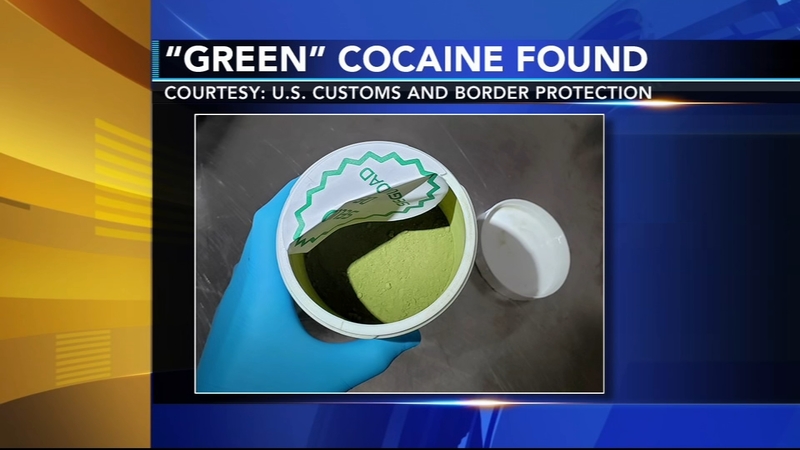 Officers confiscated more than 12 pounds of 'green cocaine' on Oct. 21.

The package initially arrived on Aug. 6 from Colombia.

Samples were sent to labs in Savannah, Georgia and Newark, New Jersey for analysis.

Cocaine is produced from green coca plant leaves. Through a chemical process using gasoline, ammonia and other chemicals, the green color is processed into the common white-colored substance.