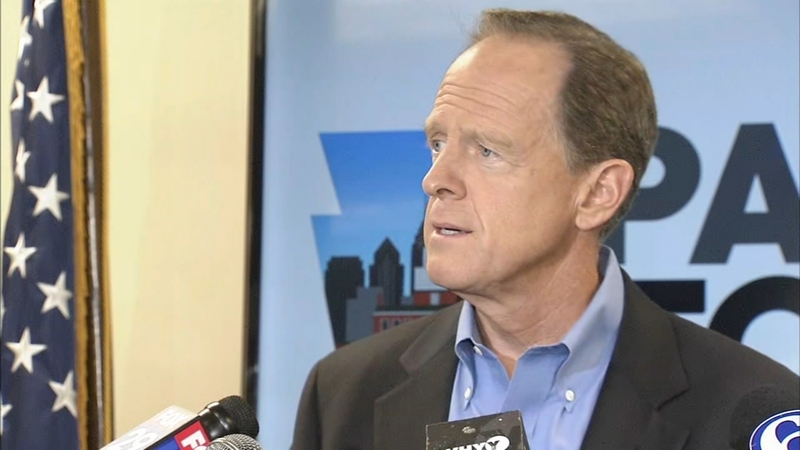 PHILADELPHIA (WPVI) -- Two local senators from opposite sides of the aisle are working to strengthen gun laws and prevent weapons from getting into the wrong hands.

A nation still reeling from two mass shootings this weekend is pushing lawmakers to make a change.

On Tuesday, Republican Pennsylvania Senator Toomey working alongside a neighbor across the aisle, who appeared via video message, Democratic Senator Chris Coons of Delaware, are pushing for their bill-- the NICS Denial Notification Act.

"It is time for us to say enough is enough and take the guns out of people's hands who we know shouldn't have them," said Coons.

If a felon or an educated mentally ill person applied for a gun and lied about their status, the FBI would notify local law enforcement.

"If someone has been convicted of a violent offense, they just lied on the form to obtain a gun, maybe that's someone we should keep an eye on. Let's let the state law enforcement folks know," said Toomey.

Six months ago, the Democratic-led House passed a Bipartisan Background Checks Act that would require background checks on all gun purchases, including private purchase, online sales, and gun shows.

Senator Toomey says the bill would not likely pass and a Republican-led Senate.

He's introducing a background checks bill that would put the names of all prohibited purchasers on a national database which would expand checks for public sales.

And establish a national commission on mass violence.