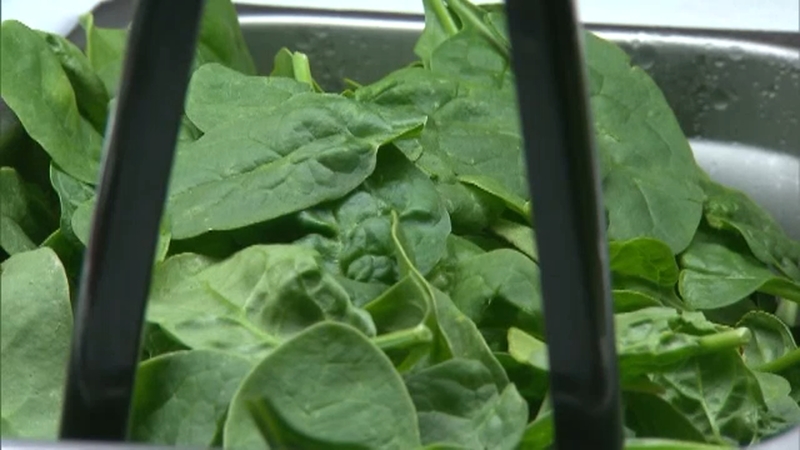 The organization purchased samples of leafy greens from Whole Foods, Costco, Acme and Hannaford stores between June 3 and June 19, 2019.

RELATED: What is Listeria? What to know about the bacteria that can cause listeriosis
EMBED More News Videos

Here's what you should know about Listeria.

Out of 284 samples, six were tainted with listeria monocytogenes -- four in bunches or loose heads and two in prewashed, prepackaged salad mixes.

"While it may not be surprising to find listeria in a small percentage of leafy green products that are tested, it is always concerning to find bacteria that can make people sick in foods that aren't meant to be cooked," says Karen Wong, M.D., medical officer in the Centers for Disease Control and Prevention's Enteric Diseases Epidemiology Branch.

Of the six samples tainted with Listeria monocytogenes, one had a strain genetically linked to at least two cases of listeriosis (the illness caused by listeria) reported to the CDC. That product was a "triple-washed" Nature's Place Organic Spinach Spring Mix purchased at a Hannaford supermarket. A spokesperson for Hannaford told Consumer Reports that it had not received any reports of illness associated with that product.

The other products with listeria were purchased at:

Consumer Reports says few people likely still have any of those products in their homes, but if you did purchase any of these, you should thoroughly wash your refrigerator/crisper drawer.

Consumer Reports points out that its sample size wasn't big enough to support any conclusions about the safety of specific stores or specific brands, adding that the results show more needs to be done to ensure the safety of leafy greens.

The findings prompted an FDA investigation, but no results have been released so far.

Consumer Reports did not identify the specific stores in New Jersey where the leafy greens were sold.