Doctors use blood test to find concussions in kids 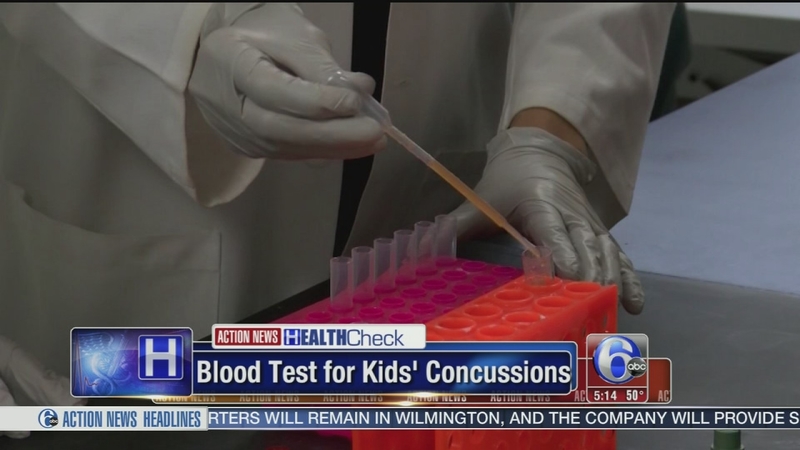 ORLANDO, Fla. (WPVI) -- We may soon be able to diagnose children with concussions, within minutes of their injury.

Researchers at Orlando Health have developed a simple blood test which can detect even mild concussions.

It measures a protein called GFAP, which is only released into the bloodstream when there's an injury.

The more severe the brain injury, the higher the GFAP.

It's been 94 percent accurate in trials.

In one study, researchers took blood samples from 152 children with brain injuries.

The kids were also given CT scans.

While the CT scans detected lesions on the brain, so did the blood tests.

And they even accurately told doctors how severe the injuries were.

Dr. Linda Papa, who leads the development team, hopes it can be put into a test device like diabetics use, to analyze a drop of blood on the spot.

"The idea is to try to get a point-of-care test that could be used on the field to help the coaches and trainers and athletic directors make a decision about whether the child should go back to play," says Dr. Papa.

Right now, the most accurate testing is with CT scans, which can't be done at a game.

Diagnosing concussions in kids is tricky because the signs can be very subtle and delayed.

The longer a concussion is left untreated, the worse the damage can be.

Dr. Papa says, "With the tools we have now, they're really not sensitive enough to detect all of these injuries."

It is estimated 250 million children end up in the hospital each year from concussions just from playing sports.

Even more receive them in accidents and falls.