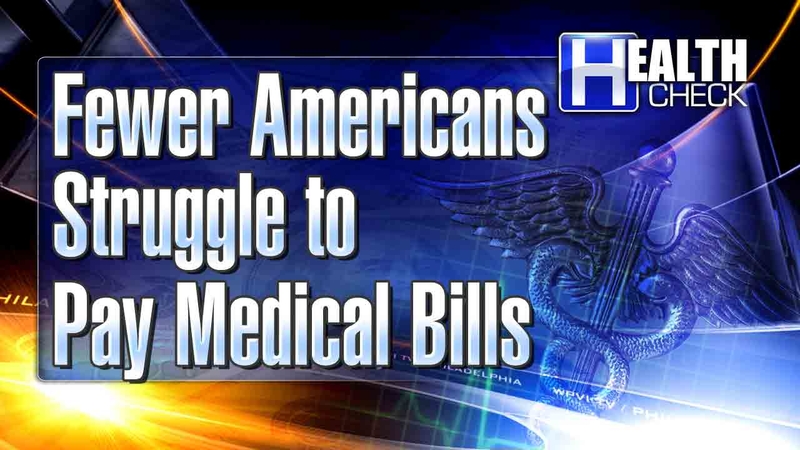 For the fourth straight year fewer Americans are struggling to pay medical bills, according to a major government survey released Tuesday. Most of the progress has come among low-income people and those with government coverage.

The data from the Centers for Disease Control and Prevention show that the number of people in households that faced problems paying medical bills decreased by 12 million from the first half of 2011 through the first six months of this year.

Most of the improvement happened in the last two years, coinciding with the big coverage expansion under President Barack Obama's health care law. The results from the National Health Interview Survey are for people under age 65, since virtually all seniors are covered by Medicare.

In 2011 more than 56 million people under 65 were in households that faced problems with medical bills. According to the survey, that translated to more than 20 percent of U.S. residents under Medicare's eligibility age.

By the first six months of this year, the number with problems was down to 44.5 million people, or 16.5 percent. The change is statistically significant.

But the new numbers may also help explain why the public remains divided over the health care law. Although the law has expanded coverage, its economic dividends have gone mainly to low-income households.

People with private insurance - the large majority of those in working families - saw much less of an improvement than people with government coverage. The finding also held true for middle-class households.

To be sure, middle-class people had fewer problems paying medical bills to begin with. In 2011, about 15 percent of the non-poor under age 65 were in households struggling with their health care costs. That was about half the rate as was faced by the poor and those near the poverty line.

By the first half of this year, the share of the non-poor with problems was reduced to about 12 percent - modest progress.

But among the poor, the share of those with problems fell from 32.1 percent to 24.5 percent over the same period, a noticeably bigger impact.

The health care law offers subsidized private insurance for people who don't have access to job-based coverage as well as expanded Medicaid aimed at low-income adults with no children living at home. The Medicaid expansion is optional for states.