TIMELINE: What we know about Austin mom found at Houston-area home and her baby 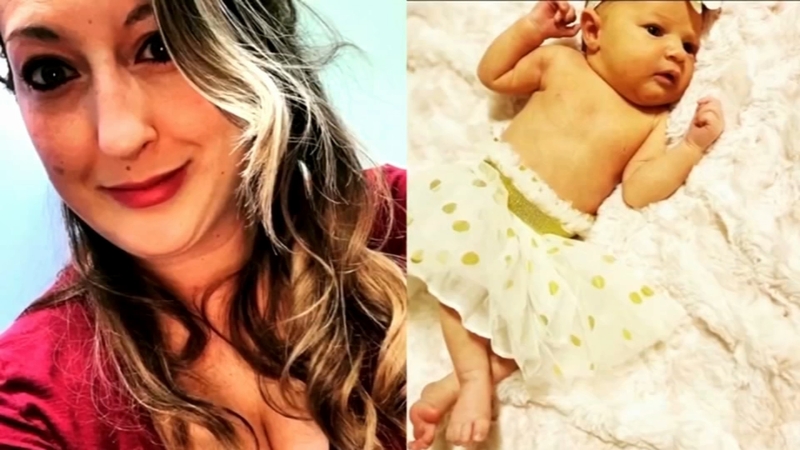 AUSTIN, Texas -- Authorities said a body found in a Houston-area home is that of a missing Austin mother.

Here's what we know about Heidi Broussard and her daughter's disappearance:

Broussard and her daughter, Margot Carey, who was born Nov. 26, were last seen on Thursday, Dec. 12 around 8 a.m.

Officials say Broussard dropped off her 6-year-old son at school, returned home and then wasn't seen again. Her car was left in the apartment parking lot, and she left her purse, ID and the baby's diaper bag.

Broussard's fiance reported her missing at 7:30 p.m., nearly 12 hours after she disappeared.
Friday, Dec. 13
The FBI, Austin Police and the Texas Rangers all joined forces to review hundreds of hours of surveillance video, look at forensic evidence and go door-to-door asking to see inside neighbors' homes.

Broussard's family spoke out about her disappearance on Good Morning America.

Thursday, Dec. 19
A 1-month-old girl was taken alive from a home in northwest Harris County, where officers and agents from the Texas Rangers, Department of Public Safety, FBI and the Austin Police Department searched for hours.

The presence of Austin police prompted the question on whether this scene is connected to the disappearance of Broussard and her infant daughter.

A body was also found in the trunk of a vehicle outside of the Harris Co. home, according to the medical examiners office.

Friday, Dec. 20
Around 6 a.m., officials told ABC News that the body is believed to be that of the missing mother.

One person was taken into custody.

The medical examiner's office confirmed the body belonged to Broussard. Her cause of death was ruled as "ligature strangulation."