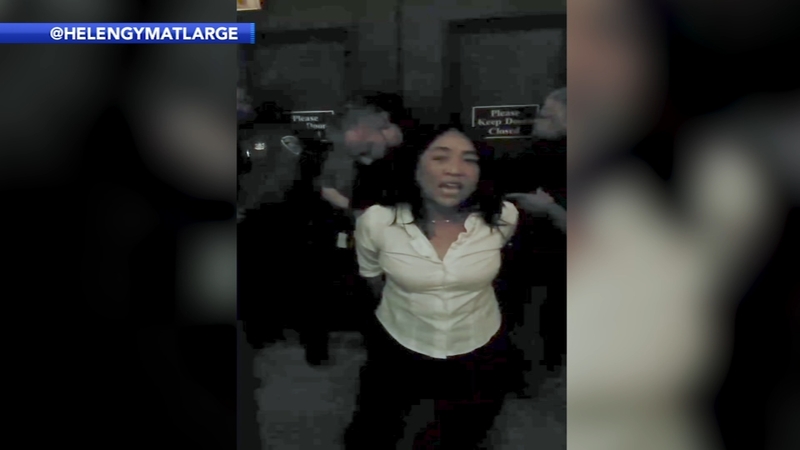 Today in the state capitol I was arrested alongside faith leaders with @powerinterfaith as we knocked on the senate door to demand they spend the $10 billion budget surplus and fund our public schools. Senate leadership refused to speak with us. We wouldn’t take no for an answer. pic.twitter.com/yk06ReQzw6

Gym traveled to the Pennsylvania State Capitol with a number of representatives from Power Interfaith to demand leaders spend the $10 billion budget surplus on public schools.

Gym shared this update in the video below after being released.

We were just released after being arrested on the orders of state senate leadership. Our crime was demanding the senate spend the $10 billion budget surplus and fund public schools across the commonwealth. Below is Bishop Royster’s statement and my own is beneath that.
1/ pic.twitter.com/dmQDZKmx2g

Action News spoke to Gym Wednesday night. She says this was their chance to turn up the heat on Harrisburg.

"We are attentive, we are watching, and we want to see this money go towards the rescue that our kids both need and deserve," she said.