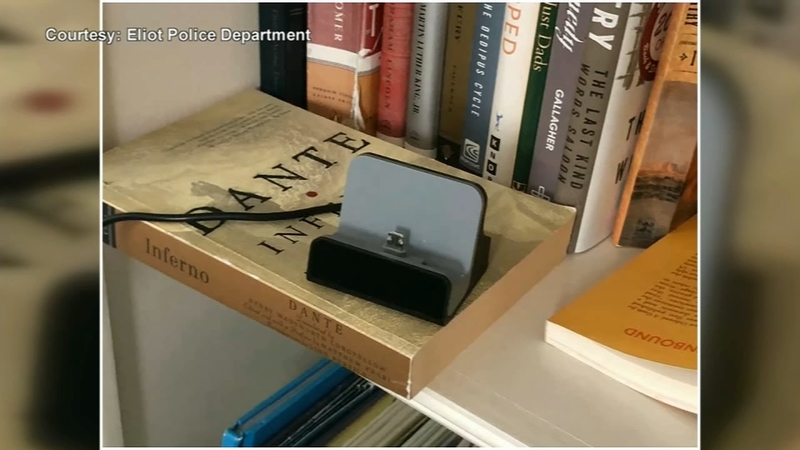 ELIOT, Maine (WPVI) -- A Pennsylvania family who rented a home during a visit to Maine discovered hidden cameras disguised as phone chargers in the bathrooms and bedroom.

The family was in Eliot visiting friends when two teenagers discovered the cameras.

"They just discovered the cameras that morning and were pretty much in shock of what they found," said Sgt. Ronald Lund told WGME-TV.

Photos provided by Eliot Police show the device with an SD card inside.

The cameras were facing the bathroom toilets, showers and bedroom the teens stayed in.
"Anytime someone would walk into a room, this thing would kick on and would be filming in what we think was about three-minute increments," said Chief Elliot Moya, Eliot Police.

Chief Moya says with today's technology, it can be tough to identify hidden cameras.

"They could be smoke detectors. They could look like an outlet and it's really difficult to tell," he said.

It's difficult, but not impossible. Experts say there are signs to watch out for. Blinking lights and tiny pinholes on cameras can be a dead giveaway.

If you're ever staying in an unfamiliar hotel or home, police say to double-check your surroundings.
"Tough to tell but definitely worth being safe and double-checking," said Chief Moya.

The SD cards found inside of the cameras and the videos on those cards have since been turned into police.