"When I looked at him, he was not responsive. His eyes were wide open so I was pretty certain he was not alive," Mark Turner said.

"I pulled over. I thought he was a hit-and-run victim and I wasn't even sure he was alive. Then, I jumped out to see if he was responsive and he wasn't," said Mark Turner.

WEST CHESTER, Pennsylvania (WPVI) -- A Chester County man is behind bars after police allege he took advantage of someone's kindness and carjacked the victim on Christmas Day.

Driving along the North Five Points Road, near the West Goshen Community Park, Mark Turner was on his way to pick up his mom for the holidays.

"En route, I saw a body lying in the middle of the road," said Turner. "I pulled over. I thought he was a hit-and-run victim and I wasn't even sure he was alive. Then, I jumped out to see if he was responsive and he wasn't."

While on the phone with 911, the good Samaritan soon became a carjacking victim when police say the suspect, 38-year-old Darren Desruisseaux jumped up from the road and ran into the driver's seat of Turner's car.

"When I looked at him, he was not responsive," said Turner. "His eyes were wide open so I was pretty certain he was not alive. I thought he was a hit-and-run victim so it was very shocking to see that happen."

West Goshen police said the two started fighting but the suspect drove off, slightly dragging Turner until he was able to tumble out of the car. The suspect then got into a car chase with local and state police officers.

"A pursuit went up 202 into Tredyffrin Township and then back down through West Goshen into Delaware County before the officers were able to safely stop the pursuit and take him into custody," said Michael Carroll, chief of police for West Goshen Township.

The suspect allegedly stole someone else's car in West Chester six days prior on the 50 block of West Gay Street, investigators said. According to surveillance video, West Chester Police say Desruisseaux first checked out the car and then stole it when the owner left it running with the keys in the ignition.

He was out on bail for that crime when he allegedly stole Turner's car.

Turner said despite what happened, he would still stop for someone again.

"I would of course be more aware of my surroundings," said Turner. "If I were to call 911, I would keep my eyes on him. I would do things a bit differently but I would try to help someone who was laid out in the middle of the road."

Desruisseaux is in the Chester County Prison and has not posted his $75,000 bail. 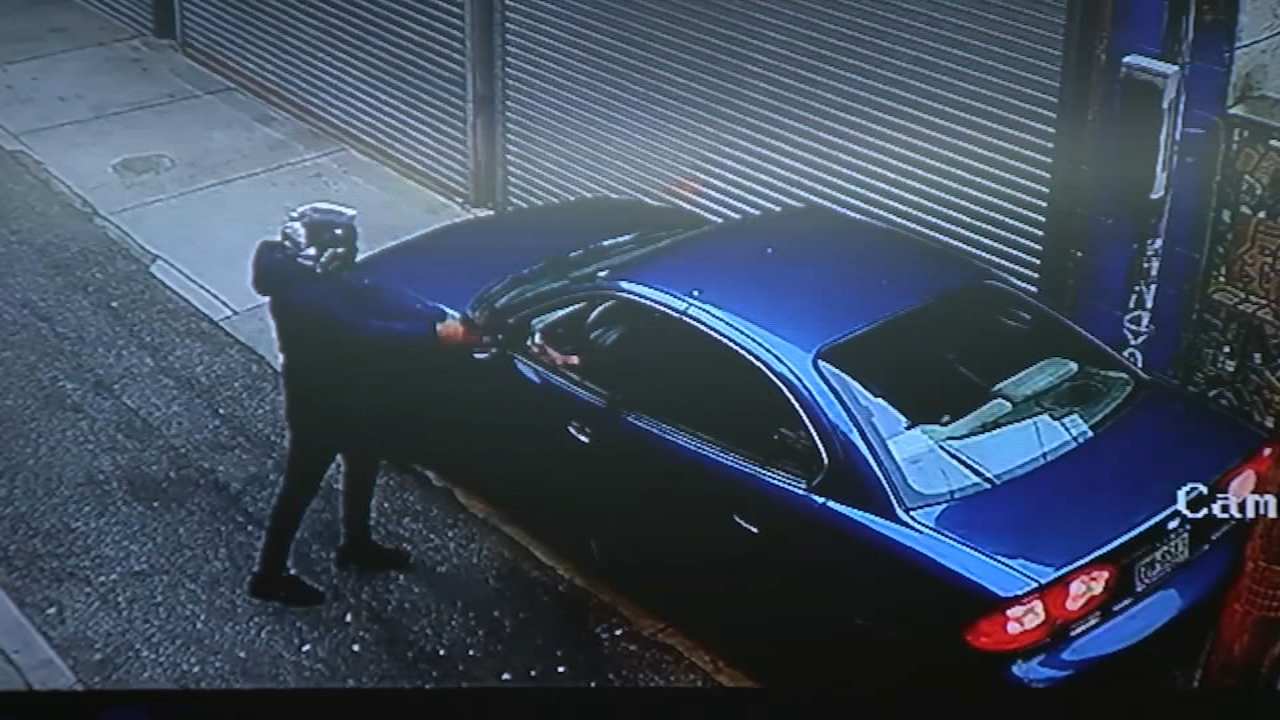