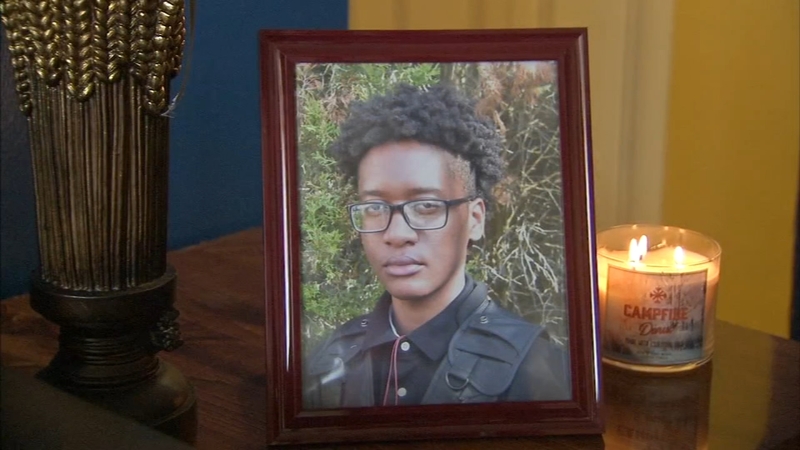 PHILADELPHIA (WPVI) -- The family of a teenage boy who was killed in a hit-and-run over the weekend is calling on the driver to surrender.

J.J. Gbaa was struck and killed while crossing the southbound lanes of the Roosevelt Boulevard near Faunce Street in Northeast Philadelphia.

It happened just before 1 a.m. Sunday. Family members say he was likely coming home from a friend's house.

"He's a brilliant child. He liked to hug me and give me kisses and stuff," said his aunt, Eva.

His family says J.J. was a junior at the Philadelphia Learning Academy.

"He was a Christian. He loved to play and he loved people," said his father, John.

His family remains in shock.

"He was my closest friend. He was probably the only person who came to the house to see me. I never even had to ask him. He was such a good person, he had such a good heart," said his cousin, David Greene.
Police say J.J. was likely crossing in the middle of the block. He was taken to Jefferson University Hospital where he was later pronounced dead.

Authorities have some evidence to work with as the search for the driver continues.

"Our investigators did recover some vehicle parts there. Namely a left side mirror and some headlight fragments that were recovered there," said Capt. Mark Overwise.

Police are looking for a 2007 or 2008 Chevy Impala or Malibu, probably black in color.

J.J.'s family is begging the driver - or anyone with information- to come forward.