After years of crumbling, West Mt. Airy home to be torn down

WPVI
By Kenneth Moton
WEST MT. AIRY (WPVI) -- Neighbors have been complaining about a partially collapsed house in West Mt. Airy for years. Action News stepped in and now L&I officials say the crumbling home will be demolished.

It's a vacant eyesore - the cracks, leaning walls and crumbling bricks have made this West Mt. Airy house a danger. 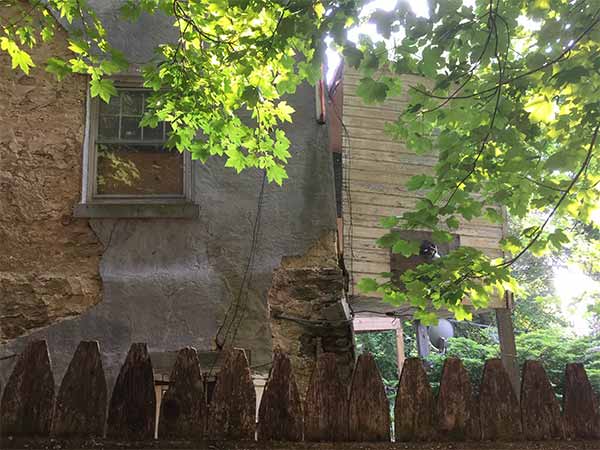 The trees were so tall, we couldn't even see the porch.

"Oh I think about a worst case scenario all the time - like we're home alone, sleeping. My daughter in her room, me in my room and the house falling down on top of us and taking our house out," said Bellack. 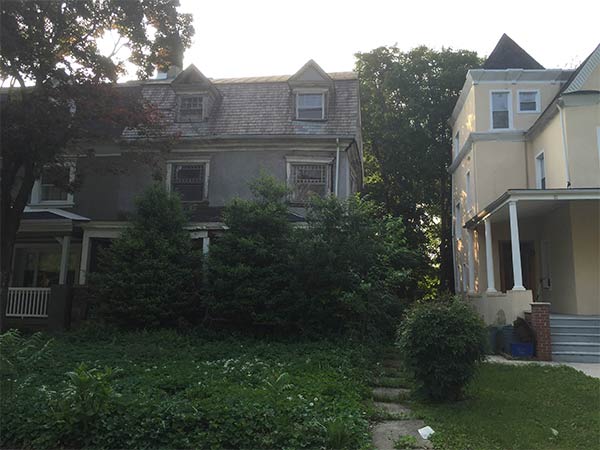 Neighbors say the elderly homeowner left some time ago. Now what use to be a beautiful structure is attracting animals and neighborhood kids.

"They need to identify who the current owners are or if it's taken over by the city, they need to post that it's condemned or even put together a program to re-gentrify it," said Kati Gray Saddler.

We spotted final notice stickers from licenses and inspections dating back to July 2014.

L&I Commissioner Carlton Williams told us the property has several violations and is one of 300 on the imminent danger list. 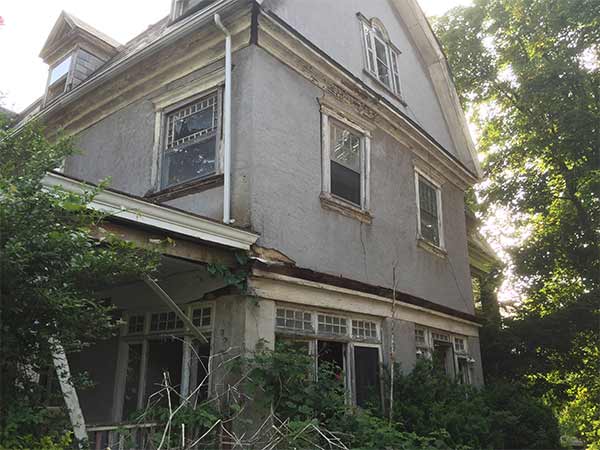 "My message would be a message for help - just asking for help," said Bellack.

And that help came for Bellack and his two year old daughter Liara who loves to play outside.

Our call for action had an L&I inspector on the scene Wednesday night checking the abandoned home.

"I'm a little frustrated but I'm not angry. I would just like for something to be done," said Bellack.

The city says after the owner let this house go. The property was in limbo and there was even a potential buyer but the deal didn't happen.

Late Wednesday night, the L&I commissioner told us the house will be demolished and that the work will start as soon as Thursday.
Related topics:
home & gardennorthwest philadelphiaphilly newshousingdemolition
Copyright © 2020 WPVI-TV. All Rights Reserved.
More Videos
From CNN Newsource affiliates
TOP STORIES